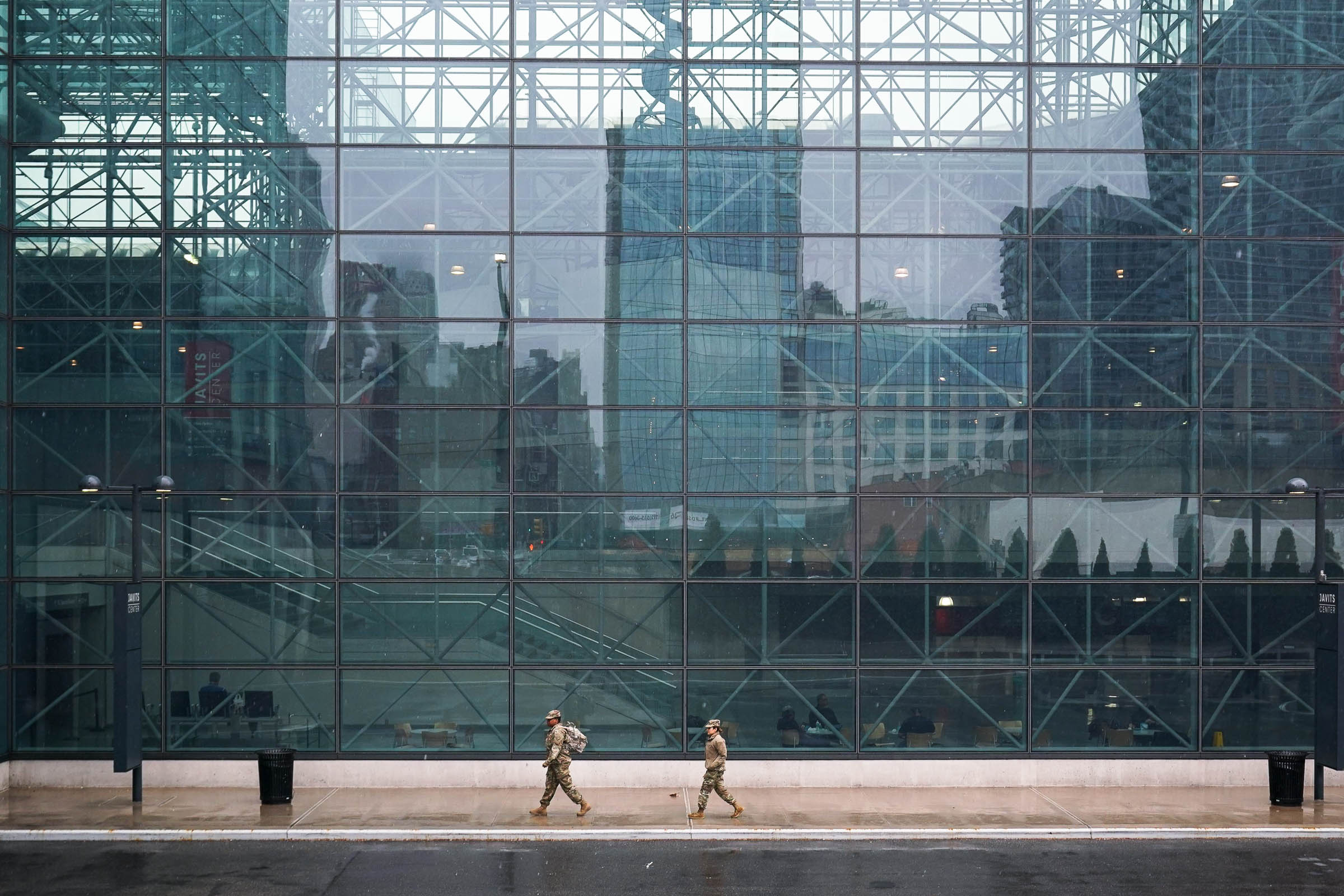 The Jacob K. Javits Center occupies over 22 million square feet on the west side of New York City, a block or so down from where the Lincoln Tunnel splashes into the Hudson River. This week, it had been scheduled to host the World Floral Expo until coronavirus fears scuttled those and most other nonessential plans. Instead, thanks to the US Army Corps of Engineers, the convention center is being transformed into four field hospitals with 1,000 total beds. And that’s only the beginning.

Since its founding in 1802, the USACE has often played a central role in times of crisis; its mission is to provide engineering services that strengthen national security and reduce risks from disasters. Recently, that has meant stepping in to speed recovery after the attacks of 9/11 and the devastation of Hurricane Katrina. The novel coronavirus presents a different kind of challenge. It requires national mobilization, not the localized efforts that those specific traumas demanded. Rather than responding to a disaster, the USACE is racing to help avert one by providing enough hospital beds to keep the health care system afloat.

“I’ve never seen anything as unique as this in my lifetime,” says Fletcher Griffis, a professor at New York University’s Tanden School of Engineering who spent decades in the USACE, including as commander and chief engineer in the New York district. For parallels to the scale and scope of the Corps’ coronavirus mission, Griffis reaches back to World War II, and even further to helping map out the railroads that drove westward expansion in the 1800s.

The stakes are impossibly high. Take New York City, the current epicenter of the coronavirus in America and also the locus of the USACE’s efforts. New York governor Andrew Cuomo estimated Tuesday that the state would need 140,000 hospital beds to care for the incoming wave of Covid-19 patients, with an apex coming within 14 to 21 days. There are 53,000 beds under normal circumstances. Cuomo has ordered hospitals to increase capacity by 50 percent, and more if they’re able, but that still leaves a shortfall. Enter the USACE.

Specifically, enter a standardized design, created by the Corps, that with a few site-specific modifications can turn any hotel or dorm space—or convention center—into a makeshift hospital. The USACE has created a model that can be replicated in any city in the country, quickly.

“This is an unbelievably complicated problem, and there’s no way we’re going to be able to do this with a complicated solution,” Lieutenant General Todd Semonite said in a briefing last week. “We need something super simple.”

That simplicity belies the incredible logistical efficiency required to go from design to construction, from the USACE, state governments, and the Federal Emergency Management Agency, which funds the efforts and helps prioritize where to send the Corps. Take the timeline of New York, as described by Semonite and Cuomo’s office. FEMA approved the funds to identify and refit the sites last Tuesday. That Thursday, a USACE inspection team and New York state officials toured Javits and some State University of New York dorms. By the end of the week, they’d hit 10 more potential sites, and narrowed down the group to four viable candidates for field hospitals on Saturday. On Monday, the Javits conversion was already well underway. It should be finished sometime next week.

“This was never an anticipated use, but you do what you have to do,” Cuomo said at a press conference at Javits Monday. “That’s the New York way, that’s the American way.”

Each of the four hospitals that will occupy Javits will take up about 40,000 square feet on the main floor. Together, the hospitals will provide 1,000 beds, staffed by 320 federal workers total. The USACE is also working on a separate facility at Javits that can support an additional 1,000 beds. The Westchester Convention Center will get a similar large-space makeover. But it’s the dorm locations, at SUNY Stony Brook and SUNY Old Westbury, that will follow the template the USACE hopes to replicate more broadly. Like most higher learning institutions, the SUNY campuses are closed for the remainder of the semester.

“Think of the second floor of a standard hotel,” Semonite said at last week’s briefing. “The rooms would be like a hotel room, and then we would build nurse’s stations in the halls, we would have all of the equipment, wireless, going into the nurses stations so you could monitor.”

Hotels and dorms are the preferred sites for these kinds of conversions not only because they're largely empty at the moment. They also often have self-contained air-conditioning units, which you can adjust to create negative pressure inside the room, a measure taken in hospitals to reduce the chances of cross-contamination. “You adjust that unit to be able to suck more air out down through the bathroom vent to be able to have negative pressure,” said Semonite. “On the door you put a great big piece of plastic with a zipper on it so you can zip in, go into the room. It’s a relatively simple process.”

Each room will have the same standardized set of supplies, as determined by FEMA and the Department of Health and Human Services. Elsewhere, the plan allows for modifications if, say, the hotel has central air or other deviations. The Corps itself typically won’t do the actual construction, but will issue contracts to its expansive network of builders.

New York is the first state to implement the Corps' coronavirus plan. Where exactly the USACE sets up shop from here depends on state governments and FEMA. States nominate proposed sites for pop-up hospitals, FEMA cuts a check, and Corps engineers and their outside contractors make the necessary modifications. The USACE is looking at California and Washington as likely places to expand the project next, but the Corps has people ready in all 50 states to assess potential sites.

Semonite also urged states to move forward without their help if they have the means. The Corps can’t be everywhere at once, but its network of partners can. And they've given states a playbook for how to use them. “They have a team of contractors and engineers and architects that they use, and depending on how they use that team they can do almost unlimited work,” says Griffis. “The Corps provides the leadership. It’s just a very effective way of getting construction done.”

New York will likely need more than the Javits Center and some dormitories to weather its Covid-19 outbreak. Other cities will likely find that there simply aren’t enough empty hotels and dorms to accommodate the impending overflow. But each additional bed represents one patient that doesn’t get turned away, and buys just a little more time before the health care system becomes totally overwhelmed. Creating that kind of capacity in a matter of weeks is unlike anything the Army Corps of Engineers has ever done before. It’s also exactly what the Corps was built to do.

WIRED is providing unlimited free access to stories about the coronavirus pandemic. Sign up for our Coronavirus Update to get the latest in your inbox.