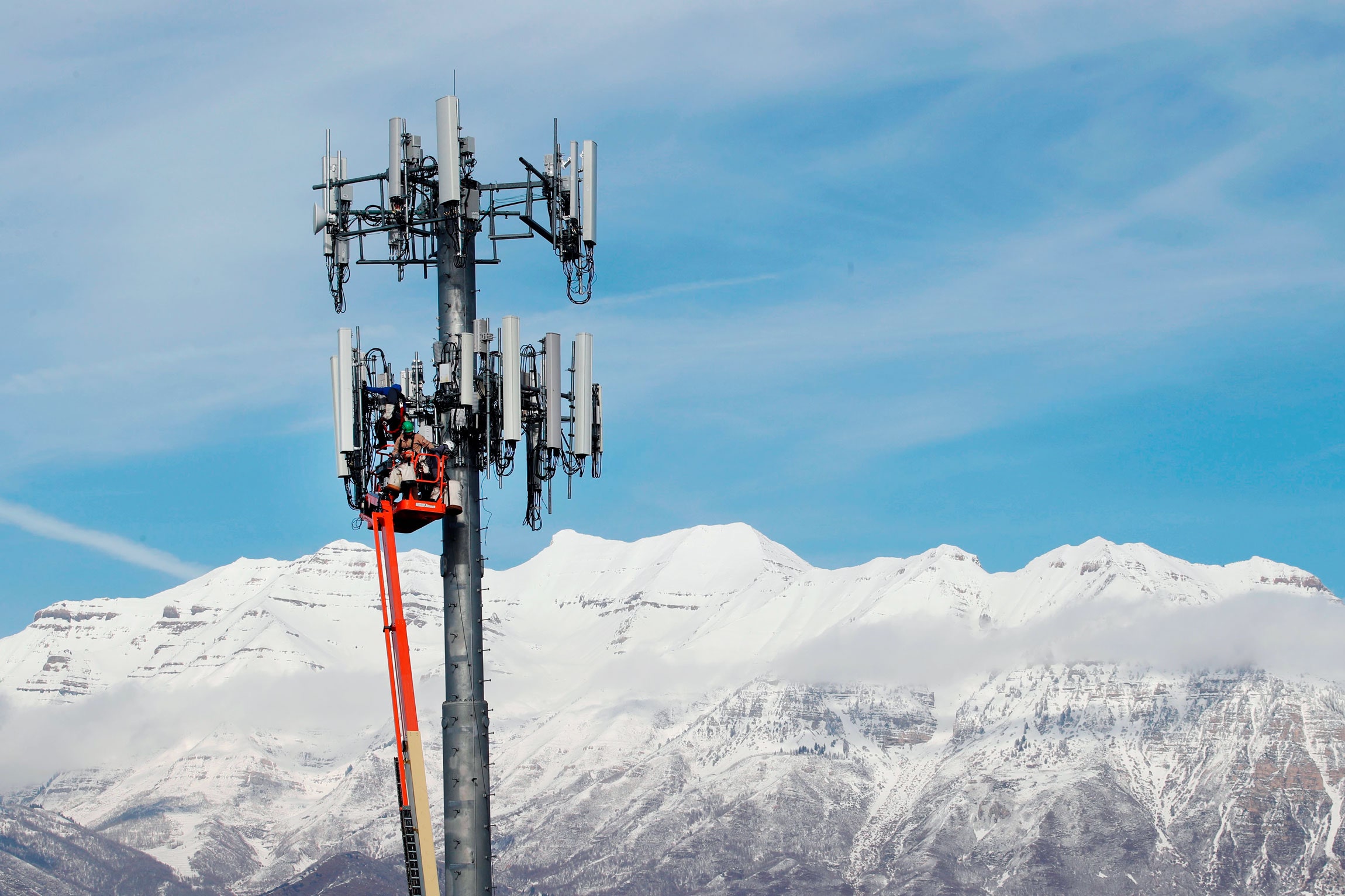 The Department of Homeland Security is reportedly issuing alerts to wireless telecom providers and law enforcement agencies about potential attacks on cell towers and telecommunications workers by 5G/coronavirus conspiracy theorists. The DHS warned that there have already been "arson and physical attacks against cell towers in several US states."

The preposterous claim that 5G can spread the coronavirus, either by suppressing the immune system or by directly transmitting the virus over radio waves, led to dozens of tower burnings in the UK and mainland Europe. Now, the DHS "is preparing to advise the US telecom industry on steps it can take to prevent attacks on 5G cell towers following a rash of incidents in Western Europe fueled by the false claim that the technology spreads the pathogen causing Covid-19," The Washington Post reported last week.

The DHS alert will include "advice on ways to reduce the risk of attack, including installing appropriate sensing and barriers, cyber-intrusion detection systems, closed-circuit television and monitoring drone activity near towers," the Post article said. A telecom-industry official said that carriers in the US "have seen sporadic attacks on their cell towers that were apparently prompted by Covid-19 disinformation" over the past few weeks, the Post wrote.

"We assess conspiracy theories linking the spread of Covid-19 to the expansion of the 5G cellular network are inciting attacks against the communications infrastructure globally and that these threats probably will increase as the disease continues to spread, including calls for violence against telecommunications workers," the DHS intelligence report said, according to ABC.

ABC did not publish the full intelligence report but provided several quotes from it. We contacted DHS and the USTelecom trade group today and will update this article if we get any response.

Update, 5/18: The DHS told Ars that it does not "comment on classified products, including official marked documents," but that it "remains committed to protecting the American public from infrastructure attacks" and that its "intelligence arm remains vigilant in looking for any kind of emerging threat to the homeland."

ABC quoted DHS as saying that "since December 2019, unidentified actors conducted at least five arson incidents targeting cell towers in Memphis, Tenn., that resulted in more than $100,000 in damages… Additionally, 14 cell towers in western Tennessee, between February and April, were purposely turned off by way of disabling their electrical breakers."

The warning to law enforcement agencies said that an April 22 Facebook post "encouraged individuals associated with anarchist extremist ideology to commit acts of sabotage by attacking buildings and 5G towers around the world… in furtherance of an 'International Day of Sabotage'" and that videos have been posted online "showing people how to damage or destroy cell towers," according to ABC.

"Violent extremists have drawn from misinformation campaigns online that claim wireless infrastructure is deleterious to human health and helps spread COVID-19, resulting in a global effort by like-minded individuals to share operational guidance and justification for conducting attacks against 5G infrastructure, some of which have already prompted arson and physical attacks against cell towers in several US states," the DHS report said. The DHS report also warned of possible attacks against the electric grid.

The World Health Organization maintains a list of Covid-19 myths, including the 5G conspiracy theory. "Viruses cannot travel on radio waves/mobile networks," the WHO explains. "Covid-19 is spreading in many countries that do not have 5G mobile networks."

Rather than being spread by radio waves, the WHO notes, "Covid-19 is spread through respiratory droplets when an infected person coughs, sneezes or speaks. People can also be infected by touching a contaminated surface and then their eyes, mouth, or nose."

Conspiracy theories also suggest that 5G contributes to the coronavirus pandemic by suppressing the immune system. But as Ars Science Editor John Timmer wrote recently, the immune-system claim is "completely evidence- and mechanism-free.

"In both these cases, the only 'evidence' offered in support is the timing of 5G rollouts versus the appearance of the coronavirus in some locations, as well as maps that compare the locations of 5G services to the locations with the highest incidence of SARS-CoV-2," Timmer wrote. "Neither of these make sense as evidence. 5G was present in a variety of locations for a while without coronavirus appearing in them," and "plenty of cities without 5G service have also had high incidence of the virus."