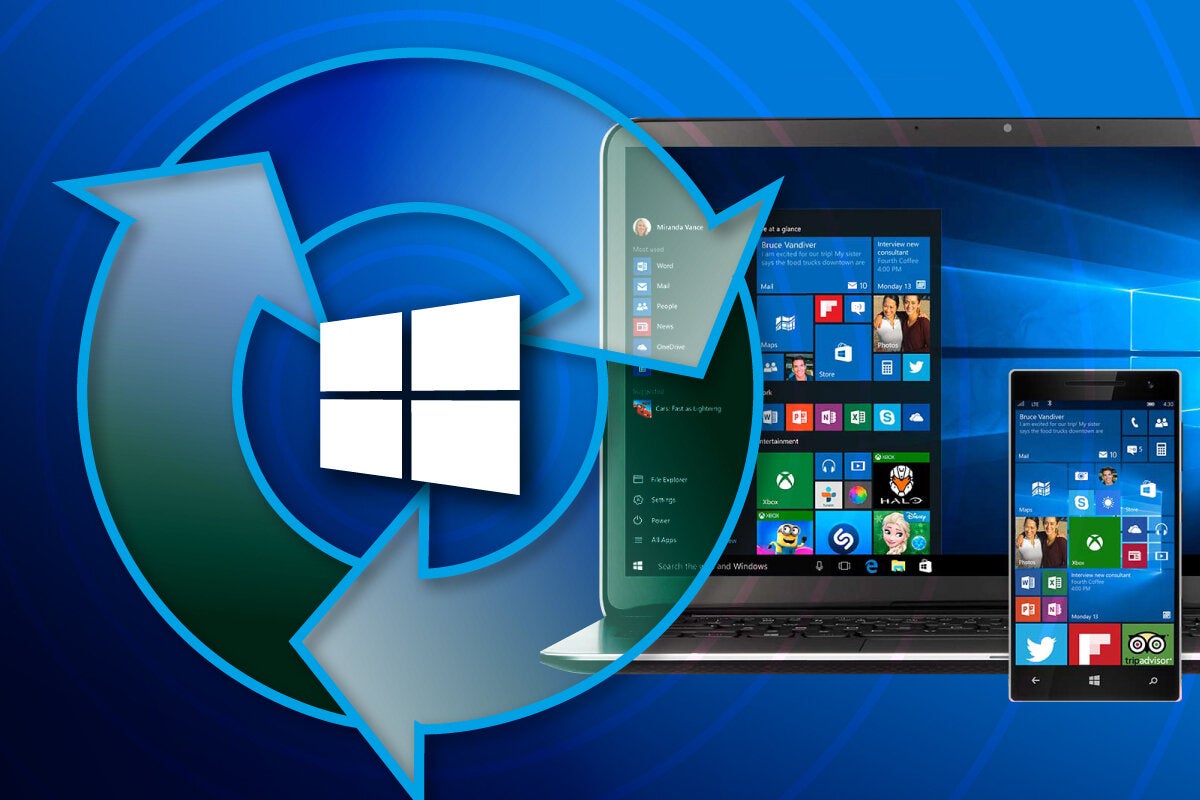 The folks at Microsoft have pretty much exterminated the bugs they introduced in July’s patches. The Outlook-killing bug got fixed by an emergency update to Microsoft’s own servers. The Win7 .NET patch was fixed and re-released nine days after paying Win7 Extended Security customers started bellyaching.

The odd problem this month comes in the form of “optional, non-security, C/D Week” preview patches, which install in odd and inconsistent ways. You don’t want the Previews. But avoiding them isn’t as easy as it should be.

Microsoft still hasn’t fixed the reboot race condition that leads to “missing” data (which isn’t really missing at all, just relocated to a completely inscrutable location), but that problem is well understood now. It’s just a pain.

Here’s how to get caught up.

Make a full system image backup before you install the latest patches.

There are plenty of full-image backup products, including at least two good free ones: Macrium Reflect Free and EaseUS Todo Backup.

If you haven’t yet moved to Win10 version 1909 (in the Windows search box type winver and hit Enter), I recommend you do so. The bugs in version 1903 are largely replicated in 1909 and vice-versa, so there’s very little reason to hold off on making the switch – although, admittedly, there’s almost nothing worthwhile that’s new in version 1909. I have detailed instructions for moving to 1909 here.

If you’re running Win10 version 2004, bless yer heart and thanks for joining the ranks of the unpaid beta testers. Please keep us apprised of any problems on AskWoody.

To get the latest July Cumulative Update installed, click Start > Settings > Update & Security. If you see a Resume updates box (see screenshot), click on it.

If you see an offer to Download and install the “Feature update to Windows 10, version 2004” (see preceding screenshot), ignore it. Studiously.

A little warning: If you’re running Win10 1903 or 1909, had Updates paused and clicked on Resume updates, you’ll also install a Potentially Unwanted Program known as KB 4562900, the July 21, 2020 Cumulative Update Previews for .NET Framework 3.5 and 4.8. You can see it, after Windows Update is done rebooting, by going into the Update History pane (Start > Settings > Update & Security > View update history) as shown in the next screenshot.

As of this moment, I haven’t seen any complaints of bugs in that .NET Framework Preview, so it looks like you’ll be OK installing it. Avoiding that particular Preview is more trouble than it’s worth.

Susan Bradley bumped into an unexpected situation, where a Win10 version 1903 machine offered the .NET Framework Preview, with a Download button (screenshot below). If you see that Download button, breathe a sigh of relief, and don’t click Download.

Blame it all on Windows Update’s bifurcated mess. Stick to these instructions, though, and your machine should turn out OK, with or without an unwanted .NET Preview.

When your machine comes back up for air, don’t panic if your desktop doesn’t look right, or you can’t log in to your usual account. You’ve been bit by the “temporary profile” bug, which we’ve known about – and complained about – for months. Try restarting your machine four or five times; the bug may go away. We have three separate threads on AskWoody about solving the problem [1, 2, 3] and if you need additional help, you can always post a question. (Thx @PKCano.)

If you have a USB-attached printer and Windows can’t see it, look at Knowledge Base article 4566779: “If you connect a USB printer to Windows 10 version 1903 or later, then shut down Windows and disconnect or shut off the printer, when you start Windows again the USB printer port will not be available in the list of printer ports.”

The solution? Turn on the printer before you power up Windows.

While you’re mucking about with Windows Update, it wouldn’t hurt to Pause updates, to take you out of the direct line of fire the next time Microsoft releases a buggy bunch of patches. Click Start > Settings > Update & Security. Click “Pause updates for 7 days.” Next, click on the newly revealed link, which says “Pause updates for 7 more days,” four more times. That pauses all updates for 35 days, until early September. With a little luck that’ll be long enough for Microsoft to fix any bugs it introduces in August, so you can skip the drama.

If you’ve paid Microsoft for Extended Security Updates and can’t get them to install, make sure you follow all of the steps at the bottom of KB 4561643, the May Monthly Rollup Knowledge Base article. In particular, you need to install all outstanding updates, then get the Servicing Stack Update installed (expect a new Servicing Stack every month), before the July patch will appear. Microsoft just released a new Servicing Stack Update, but it now appears as if you won’t need it until the November patches roll out.

If you’ve paid and had problems installing the July .NET patch KB 4565636, try, try again. Microsoft re-released the patch and it seems to be installing correctly.

Windows 8.1 continues to be the most stable version of Windows around. To get this month’s puny Monthly Rollup installed, follow AKB 2000004: How to apply the Win7 and 8.1 Monthly Rollups. You should have one Windows patch, dated July 14 (the Patch Tuesday patch). No, you don’t want the Preview of Monthly Rollup.

After you’ve installed the latest Monthly Rollup, if you’re intent on minimizing Microsoft’s snooping, run through the steps in AKB 2000007: Turning off the worst Win7 and 8.1 snooping. If you want to thoroughly cut out the telemetry, see @abbodi86’s detailed instructions in AKB 2000012: How To Neutralize Telemetry and Sustain Windows 7 and 8.1 Monthly Rollup Model.

Whether you’ve paid for Extended Security Updates or not, if you connect to Windows Update in Win7 or Win8.1, Microsoft’s going to push its latest, greatest version of the Chrome-based Edge browser onto your machine. The new Microsoft Edge icon (which is a surly-swirly version of the old one) shows up on the taskbar. Internet Explorer is still there, but you have one more choice.

Thanks to the dozens of volunteers on AskWoody who contribute mightily, especially @sb, @PKCano, @abbodi86 and many others.

We’ve moved to MS-DEFCON 3 on the AskWoody Lounge.