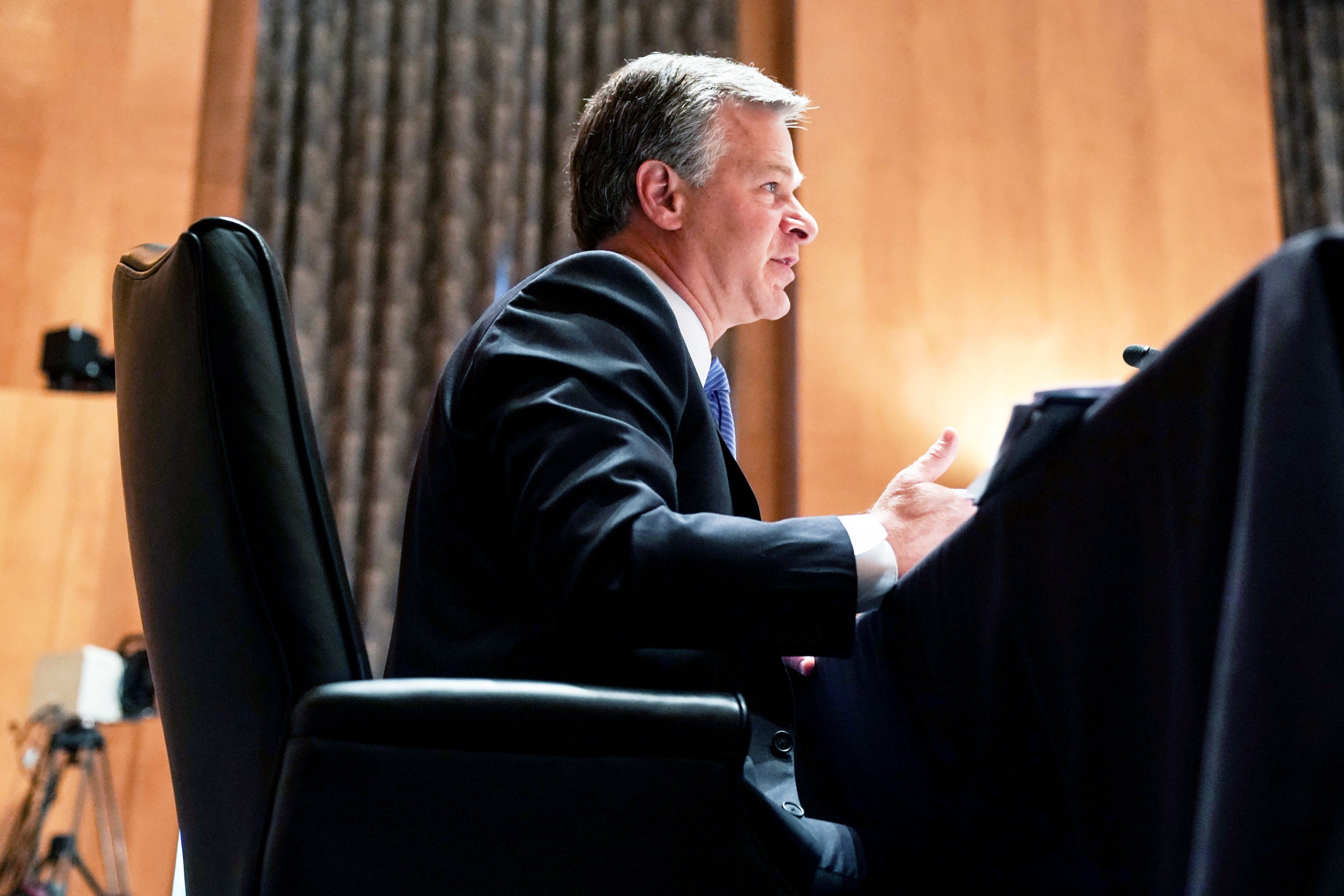 With the specter of 2016 Russian meddling still looming, and a global pandemic ravaging the United States, the 2020 election season has been particularly fraught. Now with less than six weeks to go until Election Day, US intelligence officials have gotten more vocal about the potential threats they're watching most closely. Much of that remains classified, but the alarms that are being raised serve as an important indicator of what's going on behind the scenes—and which election threats are most urgent for the public.

Congressional testimony from intelligence officials and public notices from relevant agencies paint a picture of an electoral process that is bracing for impact. Enforcement actions from Facebook indicate that the groundwork for foreign interference may already have been laid. But the signal flares also provide valuable instruction about how to respond responsibly if things do go wrong.

The good news first: On Thursday, FBI director Christopher Wray testified to the Senate Homeland Security Committee that he remains confident in THE US election infrastructure, and that the bureau has not seen evidence over time of major nation-scale voter fraud either with mail ballots or in-person voting. "Americans must have confidence in our voting system and our election infrastructure," he said. "We are not going to tolerate foreign interference in our elections."

The bad news, though, is that those remarks drew the ire of White House chief of staff Mark Meadows, who told CBS on Friday that Wray "has a hard time finding emails in his own FBI, let alone figuring out whether there is any kind of voter fraud." President Donald Trump has repeatedly cast doubt on the validity of the election, particularly regarding mail-in voting. Wray had called out that specific sort of misinformation as one of his biggest election concerns in a previous hearing on September 17.

"The steady drumbeat of misinformation and amplification of small instructions, I worry, contribute over time to a lack of confidence in American voters and citizens in the validity of their vote," Wray told the House Homeland Security Committee.

Disinformation has been top of mind for both the FBI and the Cybersecurity and Infrastructure Security Agency, which jointly released two recent bulletins about threats to the election. Thanks to expanded absentee by-mail voting during the pandemic, it will take longer than usual for states to process and count ballots, and start releasing representative results. In the time it will take these conclusive results to emerge this year, the agencies say, influence operations could sow doubt about the length of the process and which states have and have not been called for different candidates.

The FBI and CISA specifically noted that foreign actors or cybercriminals could make their own websites to spread disinformation, deface existing websites, or use networks of fake social media accounts and pages "to spread false information in an attempt to discredit the electoral process and undermine confidence in US democratic institutions."

In the span of a few days last week, Facebook announced that it had taken down disinformation campaigns from China, the Philippines, and Russia. While the latter efforts mostly targeted countries outside the US, it was a disturbing echo of the Kremlin's attacks against the platform in 2016. Facebook warned that it could presage a risk of the sort of "hack and leak" operations that Russia carried out back then against the Democratic National Committee and Hillary Clinton's campaign. Nathaniel Gleicher, Facebook's head of security policy, said the company has not seen any specific activity indicating such leaks are imminent, but he emphasized that it's important to prepare for the possibility. Russia and other state actors could easily pivot to such operations before Election Day.

"The FBI and CISA urge the American public to critically evaluate the sources of the information they consume and to seek out reliable and verified information from trusted sources, such as state and local election officials," the alert from the agencies says.

In their other warning, the FBI and CISA said they have no evidence of current activity that would taint voter registration information, prevent registered voters from casting ballots, or manipulate their votes. And they emphasized that even if such activity did occur, the redundancies and detection systems election officials have in place would catch any large-scale attack. (Again, good news!) The agencies warned, though, that they do see consistent attempted attacks on election infrastructure, including voter registration systems, websites, and other informational portals.

"These attempts could render these systems temporarily inaccessible to election officials, which could slow, but would not prevent, voting or the reporting of results," the notice states.

And at the Intelligence and National Security Summit on September 16, Paul Nakasone, the head of US Cyber Command and the National Security Agency, said that cybersecurity preparedness and defense for the election is currently the "number one priority at NSA and US Cyber Command." He, too, cited the spread of disinformation and doubt as the biggest risk to US elections and beyond.

Google went so far as to say on Friday that after the polls close it will stop running "ads referencing candidates, the election, or its outcome, given that an unprecedented amount of votes will be counted after election day this year."

Election integrity researchers back up the intelligence community's concerns, particularly around misinformation and the doubts it can introduce in a year when full results likely won't come out right away.

As Ben Adida, executive director of the nonprofit voting machine developer VotingWorks, puts it, "If the people's trust in election integrity is destroyed, then no election, no matter how perfectly run, can be legitimate."