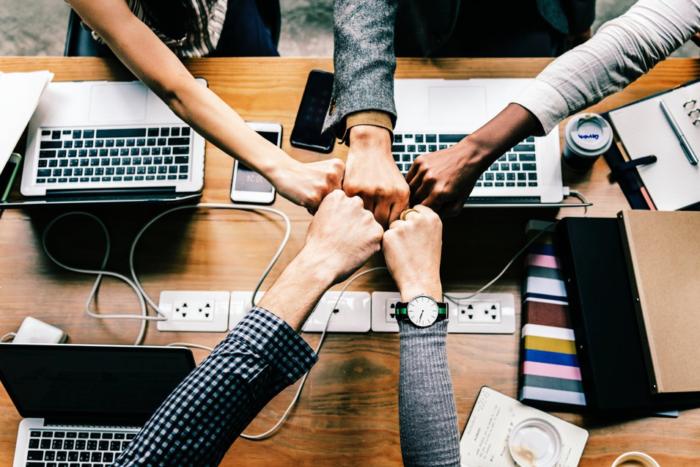 Apple in the enterprise focused company, Jamf, kicked off its virtual JNUC conference today with a deluge of news and information for Mac, iPhone and iPad using enterprises.

The show comes at a pivotal moment in the transformation of enterprise IT. Not only is work becoming virtual, but Apple’s presence in the space continues to grow.

The move to virtual conferences means the event has more attendees than ever before, with around 15,000 people attending, the company said.

Speaking before the show, Jamf CEO, Dean Hager, told me: “This year, there’s something really exciting that’s happening with Apple and Microsoft.

“In the last 12-months, Apple’s announced its new security framework, the single sign on extensions, Apple Silicon for the Mac, they’ve deprecated kernel extensions… I mean they’re being aggressive — really going after it with the Mac and iPad to take over the work environment. At the same time, you’ve got Microsoft over here, who’s doubling down their investment on the Mac, specifically with Office 365.”

Jamf recently discussed plans to let Microsoft Endpoint manage enterprise iPhones using Azure, and there’s much more on this integration that is being revealed today.

Microsoft VP Brad Anderson will demonstrate Office 365 working on a Mac, including new features revealed in Outlook last week. His message? Office on a Mac is now just as good as it is on Windows. “

Office for the Mac might be the number one most important thing for Mac growth within the enterprise,” said Hager.

Another piece of big news around Microsoft control of identification:

The introduction of new Microsoft grouping ability, which means IT support can now use the combination of Apple’s products, Jamf and Microsof to control which groups can access data and services and from which devices.

This is likely to be of great interest to enterprise IT. It makes it possible for Azure to be used to manage passwordless remote setup of Apple equipment, including Macs.

This will be incredibly helpful to enterprise in the new WFH era.

JNUC 2020 has remote working and the digital transformation of the enterprise at its heart, evidenced by rock hard security, Azure integration and zero touch configuration.

“2020 has been a year like no other. Workflows that were once visionary, like zero-touch deployment and virtually educating students or caring for patients, are now necessary,” Hager said.

I spoke with Microsoft’s Anderson, who told me:

“What we have seen from the pandemic is the move to get more in the cloud has accelerated in a dramatic way. So, as an example, I am now seeing more than double the devices every seven days coming into Microsoft Employee Manager than I did prior to the pandemic… we’re seeing half a billion new devices every seven days coming into the cloud to be managed and that’s Windows, iOS, Mac and Android.”

During the keynote, we also heard from Jeremy Butcher and the head of Starling Bank, who told us that when COVID-19 broke out his first step was to purchase every available MacBook in the UK in order to equip his teams.

We heard some of the enhancements around Azure and Macs quite recently. These mean workers can now employ a passwordless workflow using an iPhone and Face ID or Touch ID to secure the Mac provisioning process.

It means you can use Face or Touch ID on your iPhone (and a PIN number if required) to enable Azure credentials and securely unlock the Mac.

In practise, it seems to load a certificate on the iPhone which is then validated on a Bluetooth-paired Mac. This tool will be made available in beta form later this year, with general availability expected in early 2021.

Jamf also demonstrated a preview of the forthcoming Microsoft Enterprise SSO Plugin, which allowed for a transparent Azure AD authentication while accessing the Jamf Self Service portal.

macOS and iOS contain Apple’s native Single Sign-On Extension framework, which when used with an identity provider’s extension on a managed device, can greatly improve the login experience to enterprise applications. That’s what this integration uses.

This will be made available today in preview and lets organizations choose Jamf for iOS management while also sharing important device information like compliance status with Microsoft Endpoint Manager.

IT teams can utilize the built-solely-for-Apple Jamf features for Apple ecosystem management, while leveraging conditional access to ensure that only trusted users from compliant devices, using approved apps, are able to access company data.

In other news, Jamf announced key updates to its Marketplace, which now offers over 350 listings, including recent integrations with Jira, ServiceNow and Splunk.

Jamf announced a new telehealth workflow aimed at protecting providers while still connecting patients to the care they need and the communities they love, Virtual Visits.

This is in use by Oxford Health. Holly Panting, IT Project Manager, Oxford Health, said: “With Virtual Visits, we can facilitate an easy way for patients to stay connected without the technology being overly complicated in order to improve the patient experience.”

Jamf announced Learn Anywhere, which includes new features that help educators communicate with students, use engaging resources and assess learning objectives from any environment. These include tools such as remote class, raise hand and assessments.

“Many students who didn’t have access to apps, resources and all the benefits of modern technology, now do. This allows them to better engage with their peers and teachers, and empowers them to seamlessly transition from classroom to home with their Apple device in hand.”

Jamf also announced that it used a portion of its IPO proceeds, in partnership with several of its banking partners and financial sponsors, to launch four new Apple Classrooms, called Innovation Hubs.

The event runs for the rest of the week, expect a deluge of reporting as I try to report from the show, and please get in contact with your news and observations concerning the changing world of enterprise IT.