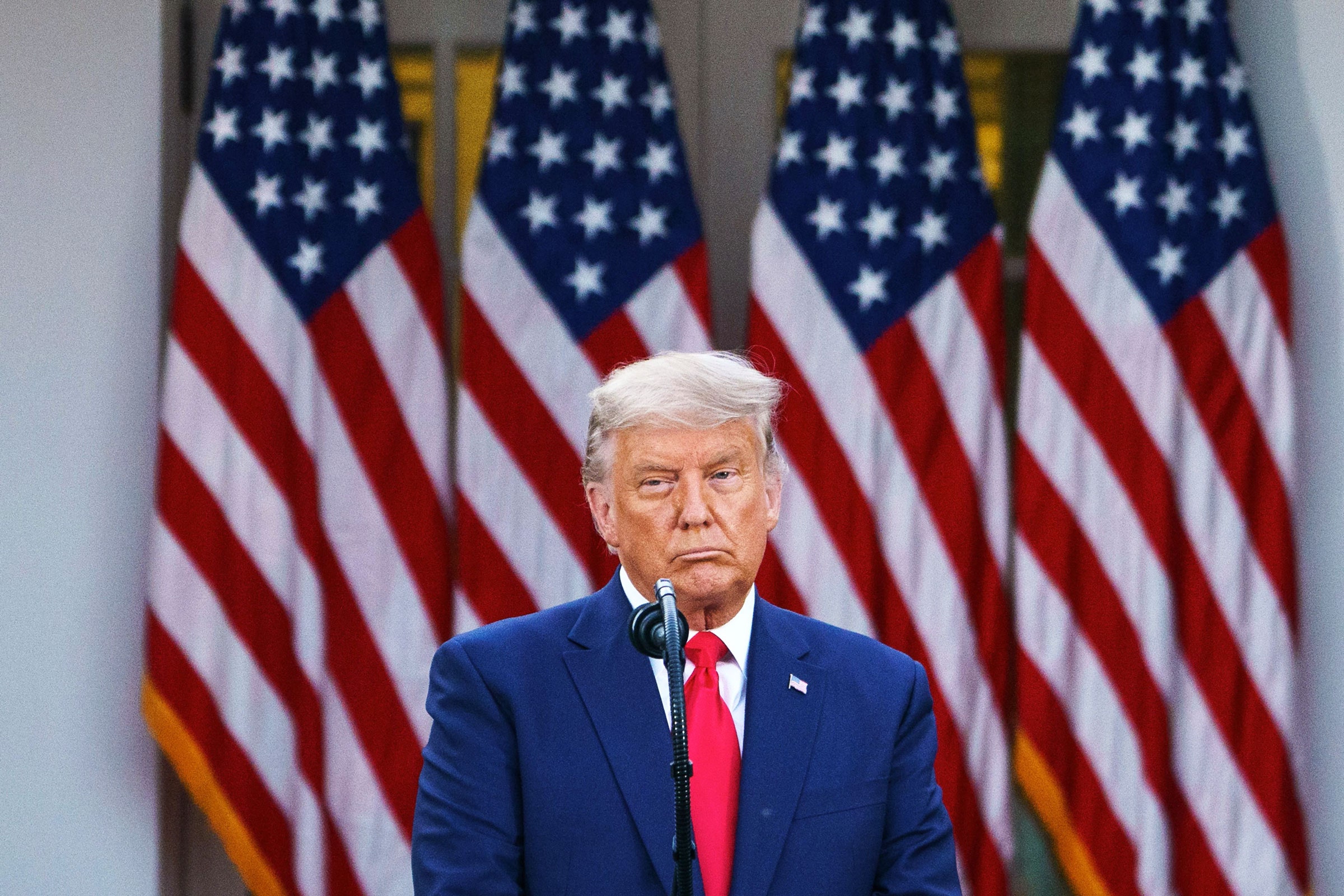 In the weeks since his loss to Joe Biden, President Donald Trump and his reelection campaign have attempted to cast doubt on the validity of the 2020 election and filed numerous unsuccessful lawsuits in multiple states over alleged voter fraud and election administration infractions. Trump has not conceded and has given no indication that he will, breaking with centuries of precedent in the United States. When the head of the General Services Administration finally released delayed federal transition resources to Biden on Monday, President Trump simply tweeted that "the GSA does not determine who the next President of the United States will be."

That job falls to the Electoral College. In spite of the Trump campaign's vows to continue the fight, the wheels of the American election process have kept turning. More than half the states have already certified their results, meaning they have committed their electoral votes according to their state election outcomes. On Monday, Trump campaign legal adviser Jenna Ellis said in a statement that "certification by state officials is simply a procedural step." But this framing ignores the next phase of the process underpinned by certification: On December 14, Electoral College members will formally cast their votes based on their states' certified results, resolving any possible ambiguity that Biden is the president-elect.

"It’s over on December 14," says Elaine Kamarck, founding director of the Brookings Institute's Center for Effective Public Management and a senior fellow in its Governance Studies Program. "We forget that the electors are actual people, but they go to their state capitals and sign their ballots. Then the US Senate opens them, reads them out, and does the count on January 6, but there's nothing else the Senate can do. Once they're signed on the 14th and are on their way to Washington, that’s the end of the game."

The Trump campaign may well continue into next year with its claims that the election results were fraudulent, but there won't be any obvious legal or political paths remaining to challenge the results or attempt to overturn the outcome after December 14. So far, every state is on track to certify in time. Even in states like Michigan, Pennsylvania, and Nevada, where the Trump campaign has made specific allegations of fraud, the campaign's lawsuits have been roundly dismissed, and all three states wrapped up their certifications at the beginning of the week.

"The fact that nearly every lawsuit the Trump campaign has brought dies under the light of the sun should have the effect of disproving their ridiculous claims," says Larry Norden, deputy director of the Brennan Center's Democracy Program at New York University School of Law. "Election officials know what they're doing."

Trump's claims of election fraud are not only unsubstantiated; they're damaging public trust in an election system that by all authoritative accounts functioned well this year. Gerrymandering and voter disenfranchisement are significant, long-standing problems in the US, but the administration of the 2020 election itself went smoothly in spite of an unprecedented, raging pandemic.

In Georgia, the only state where the Trump campaign ultimately requested a recount, ballots have already been extensively audited in an enormous statewide effort that confirmed Biden had won its 16 electoral votes. Election officials and experts universally expect that the recount, which is essentially a third count of the ballots, will produce the same outcome. Georgia certified its results a week ago, on November 20.

Georgia's risk-limiting audit, which the state legally requires as of this year's election, is an example of the security improvements and integrity checks that paid off around the country this year. After Russian meddling cast a long shadow over the 2016 US presidential election, local, state, and federal officials worked to plug holes and make improvements to their systems. And while the Trump campaign continues to claim rampant fraud, bipartisan groups of federal and state officials, as well as researchers and other experts, have widely concluded that the 2020 election was well vetted and secured.

"The November 3rd election was the most secure in American history," a group of federal and state election organizations, including the National Association of Secretaries of State and the Election Infrastructure Government Coordi­nating Council, said in a statement 10 days after the election. "While we know there are many unfounded claims and opportunities for misinfor­mation about the process of our elections, we can assure you we have the utmost confidence in the security and integrity of our elections, and you should too."

It seems, though, that no amount of expert input or evidence is going to convince the president to accept the reality of his loss. "We are fighting hard," he wrote in a tweet on Tuesday. "Our big lawsuit, which spells out in great detail all of the ballot fraud and more, will soon be filled. RIGGED ELECTION!" The results are being finalized, though, and on December 14 a process that plays out every four years—but not usually with so much attention or controversy—will take its definitive step.