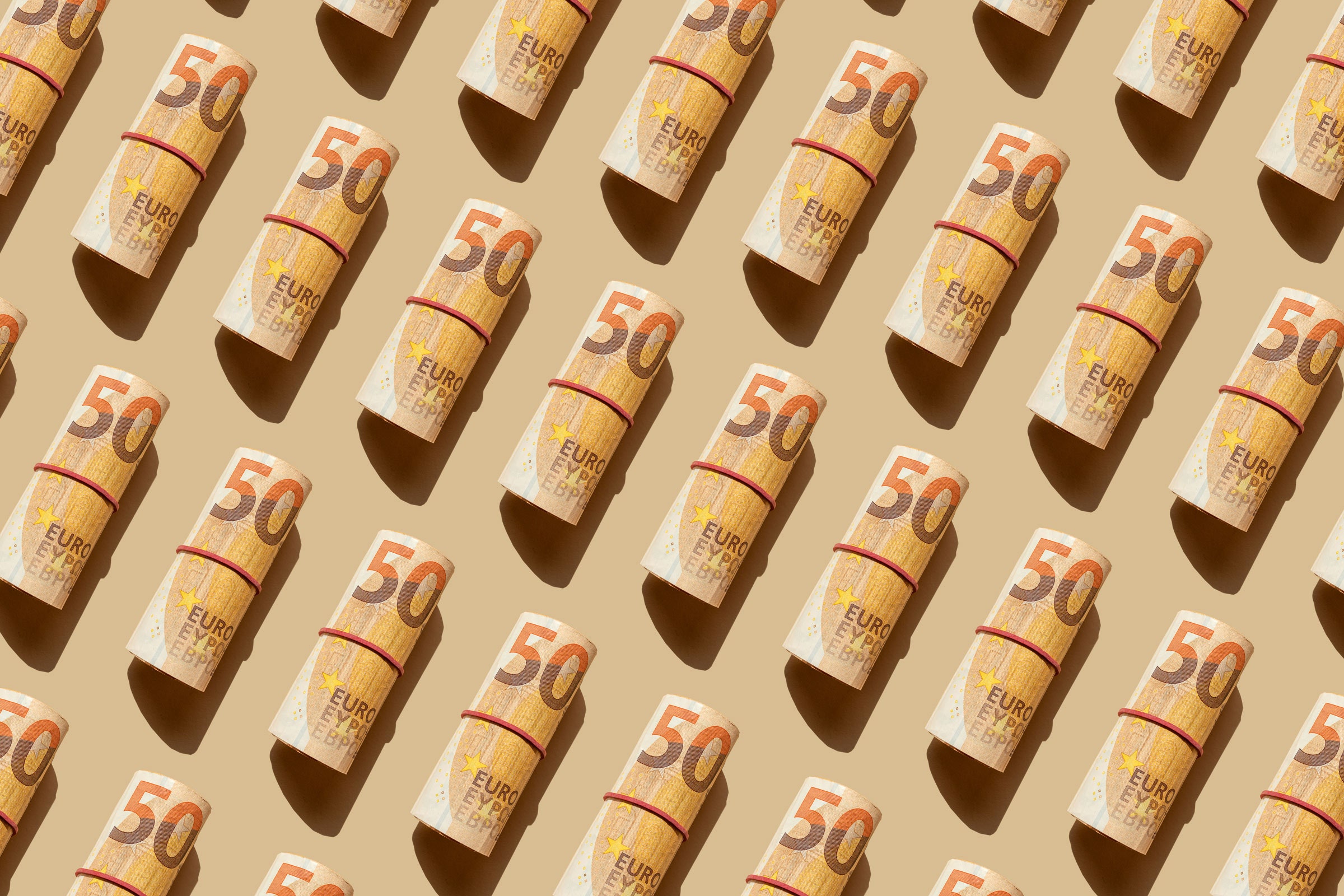 On June 7, Isabelle de Silva, a little-known French regulator, made global headlines. After a painstaking investigation, which de Silva describes as the most complex she has been involved in, the French Competition Agency, or FCA, hit Google with a $260 million fine. Google, de Silva ruled, had been using its already dominant advertising technology to further strengthen its position and outbid rivals.

But de Silva wasn’t finished. A month later, in a separate case, she fined Google again. This time Google had failed to negotiate copyright changes to its search results with media organizations. Google’s punishment? A $594 million fine.

Such sums are small change to Google and its parent company Alphabet, which made $61.9 billion in the last quarter alone. But the FCA's ruling on Google’s ad tech was headline-grabbing for another reason: Google didn’t fight it. The company agreed with all the facts in the FCA’s case and agreed to make significant changes in how it operates. And these changes won’t just happen in France, but across the world.

In a single judgement, the regulator, known as the Autorité de la Concurrence in French, managed to reshape how Google’s advertising technology works. The ruling revolves around technologies within Google’s Ad Manager—a platform that helps companies buy and sell the ads that are shown on billions of web pages. The FCA took particular issue with two elements of the Ad Manager system: the DoubleClick for Publishers ad server and a sales platform known as SSP AdX. The first allows the owners of websites to sell the ads sitting around the content they publish, while the latter is involved in controlling the complex, split-second auction process.

“Google ensured that the ad server favored the platform for selling advertising space,” de Silva says. In addition, she explains, Google was using its knowledge about what happened on other ad platforms to its advantage by making its own pricing lower. “We were able to show in detail that not only did Google have information that the others did not have, because of its specific [dominant] position, but that they effectively used this information to have a better chance to win the bids,” de Silva says.

In short, Google used its power to give itself an advantage. Under competition laws in Europe, companies that have a dominant market position aren’t allowed to abuse their position. Tech giants are allowed to be big, but they shouldn’t use this power to make themselves stronger at the expense of rivals. Publishers of websites selling their advertising space lost out because of Google’s behavior, the FCA ruled. And Google’s rivals in the advertising technology space also suffered because of Google’s actions.

Previously, three European Commission investigations fined Google more than $9.7 billion for anti-competitive behavior, and the company is challenging those penalties in court. But in this case, Google isn’t challenging the FCA’s ruling. In fact, it didn’t dispute the FCA’s findings, and it proposed changes to its advertising technology itself. (It has also made some changes in response to the European Commission cases.)

“It is the first decision ever in which the tech giants, and Google in particular, undertake such remedies to settle a case,” says Fayrouze Masmi-Dazi, a partner in competition law at the French firm Frieh Associés who was not involved in the Google case. “This is a very important decision. I think it shows that the French competition authority is both very pragmatic and also creative in terms of solutions that can be found to address the issues.”

“The decision is completely transparent,” says Antoine Riquier, a commercial litigator for the legal firm Hausfeld. The 101-page FCA ruling is littered with diagrams explaining how advertising technology bidding and servers work. “You have a lot of details, but it's not too technical at the same time. There is a lot of work involved from the French competition authority on this.”

De Silva says she believes Google decided to settle the case and propose changes to its systems as the case against it was “particularly strong.” She adds that fighting the case in court could also have negatively impacted the company’s reputation.

The ad tech changes could have a large impact on Google. At the same time as the FCA announced its advertising technology decision, Google France legal director Maria Gomri published a blog post explaining how the company would change Ad Manager in response. The company says it is improving access to data for its competitors, making Ad Manager more flexible and “reaffirming our promise” not to use data in ways that its rivals can’t reproduce.

“While we believe we offer valuable services and compete on the merits, we are committed to working proactively with regulators everywhere to make improvements to our products,” Gomri wrote. “We’re committed to working collaboratively with regulators and investing in new products and technologies that give publishers more choice and better results when using our platforms.” All the changes are expected to be completed by 2022.

“We know that it's going to be a rather complex process for Google,” says de Silva. “This is the process that they applied day-to-day in billions of interactions with publishers and those who want to make ads appear on websites.” Google engineers have told de Silva that it will take them many months to make such wholesale changes.

Paul Bannister, cofounder of the ad management firm CafeMedia, says it is not yet clear what some of the agreed changes will mean, but they could be “quite major”—especially if they are applied internationally. He says that more data being made available on minimum bids—the lowest price paid to win an ad slot—could make for a “more competitive environment.” Moving some parts of the process outside of Google’s AdX platform, Bannister adds, could also give publishers more choice.

Competition lawyers say the French regulator is setting itself apart not only by completing cases quickly but also by using interim powers, which allow it to make decisions while its investigations continue. “What you're seeing is the French winning the international Olympiad of competition authorities enforcing the law,” says Timothy Cowen, the chair of antitrust practice at Preiskel & Co, a London-based law firm. The numbers back up that assertion. Since December 2019, the FCA has fine Apple $1.4 billion, and it has hit Google with three fines that add up to around $1.2 billion. “Over the past two years, we have really defined the digital economy as a priority for action,” de Silva says.

A big part of that is the FCA unpicking Google’s dominance with technologists rather than lawyers. “They have highly qualified people on board—people who are not lawyers or economists, but tech people able to understand Google's algorithms,” says Riquier, who was not involved in the Google case but is working on other related cases. He notes that the FCA published its first report on the online advertising sector in March 2018, long before some other national competition regulators.

The action by the FCA, which was originally brought by news publishers, comes as French politicians are demanding more be done to control Big Tech. President Emmanuel Macron has criticized Google for not wanting to pay news publishers for using their content. “Certain firms like Google want to get around [the new law],” Macron said in 2019. France is the first country in Europe to apply a new copyright law, which essentially says tech companies must pay publishers when they use extracts in search results or other services. As a result, Google has now agreed to a deal with French publishers about how it will pay. The FCA wasn’t satisfied with the process—its July 2021 fine was issued because it claimed the tech giant did not negotiate in “good faith” with news publishers. Google is considering challenging the fine.

Fining Big Tech, while also asking it to make changes internationally, is likely to become a popular regulatory tactic. Mathias Moulin, director of rights protection and sanctions at French data protection regulator Commission Nationale de l'Informatique et des Libertés, says that, ultimately, actions speak louder than fines. “It's not easy to obtain global changes,” he says, adding that the data protection regulator has made five decisions against Google since 2012. “It will have an effect on the other Big Tech companies, because they understand that they can be next.”

As for why Google agreed to make such wholesale changes globally? Cowen says it likely comes down to the company pragmatically complying with the strongest enforcement of competition laws, to reduce the risk of facing different challenges elsewhere. It’s believed that one legal case in New York covered similar grounds to the FCA’s ad tech case. “It’s not French competition law, it’s just competition law,” Cowen says.

Slowly but surely, and after years of inaction, regulators are finally finding their stride. In the UK, the Competition and Markets Authority recently struck a deal with Google on its controversial Privacy Sandbox cookie replacement technology, called FLoC. The two organizations agreed the changes should not go ahead without further commitments from Google. Weeks later Google postponed the changes and announced a detailed timeline for changes to be implemented—showing that early regulatory intervention can make a difference.

“Given the worldwide reach of the platforms we have, we are already seeing a need for increased cooperation between competition agencies,” de Silva says. Politicians across Europe are currently negotiating a Digital Markets Act that will place new controls on web giants. But while this happens, the FCA has another ad tech case, this time against Facebook, that may be solved with commitments, de Silva says. “The French Competition Agency is very open to having this type of solution,” she explains. “We do not want to accept second-rate commitments which would not deal with the problem. But when the company is ready to play the game, it can be a very good solution.”