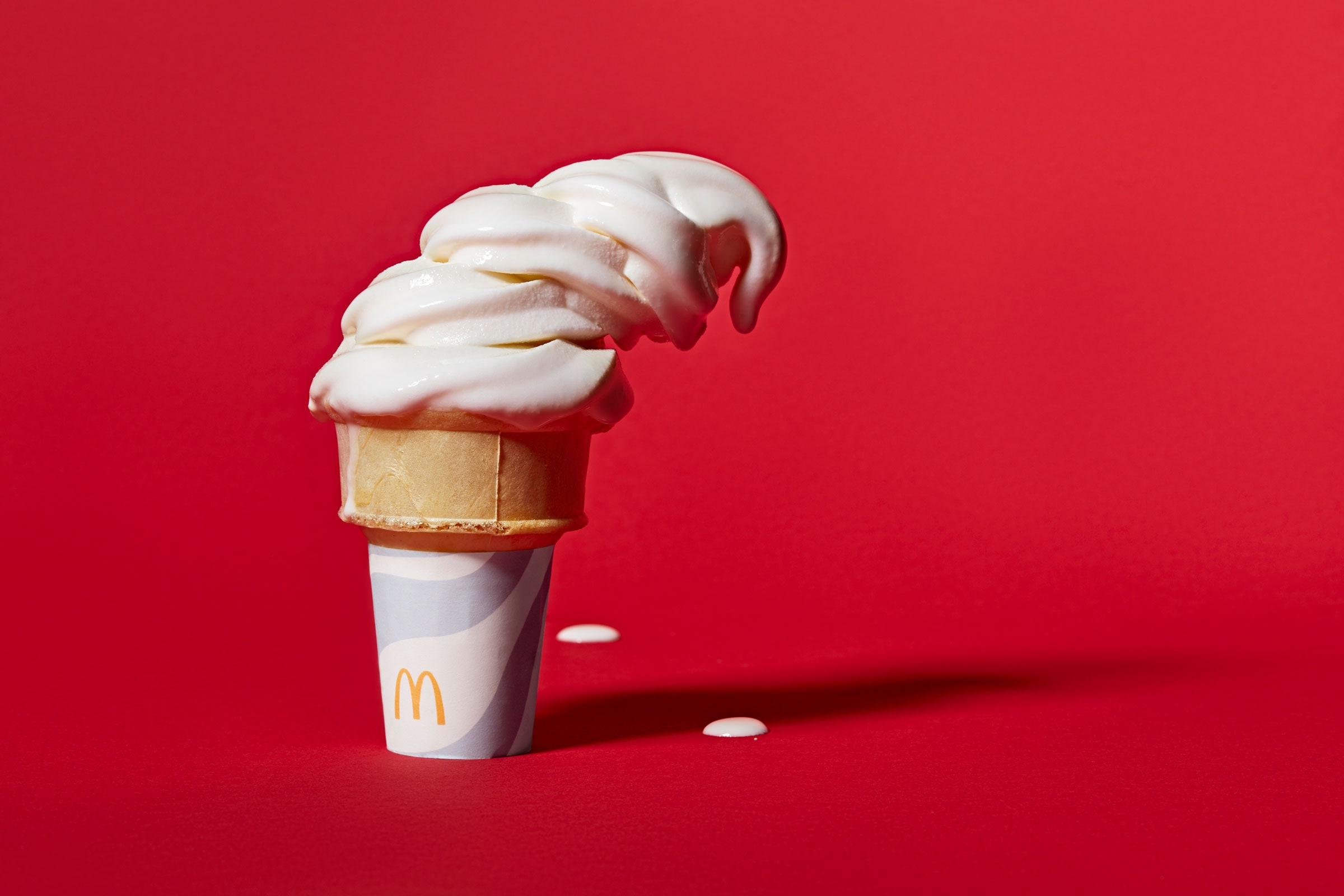 Six months ago, a tiny startup called Kytch sued Taylor, the billion-dollar manufacturer of McDonald's notoriously broken ice cream machines. For years Kytch had sold a small device that hacks those ice cream machines, letting McDonald's restaurant owners better diagnose their maladies and make them work more reliably—only to find, according to Kytch's legal complaint, that Taylor had conspired to copy its device and sabotage its business.

Now Kytch's lawsuit has revealed another side to that story: the internal communications of Taylor itself. Recently released court documents appear to show that Taylor's executives did view Kytch as a business threat and worked to copy its device's features in a competing product—all while still failing to actually cure McDonald's ice cream headaches.

In the discovery phase of the lawsuit Kytch filed in May, Taylor has been compelled to publicly file more than 800 pages of internal emails and presentations that mention its approach to Kytch. They show how, contrary to Taylor's previous claims to WIRED, the company closely examined and sought to mimic specific Kytch features. The emails also show that at some points McDonald's, not Taylor, led the effort to prevent restaurants from adopting Kytch's gadgets.

"There was a concerted effort to not only obtain and copy our device and follow everything we were doing, but then also, when it hit a critical mass, to actually put us out of business," says Kytch cofounder Melissa Nelson.

McDonald's responded to Kytch's growing sales by sending out a memo in the fall of 2020 to all franchisees warning them not to use the device, stating that it posed a physical safety risk, voided the Taylor machines' warranties, and accessed its “proprietary data.” The memo recommended upgrading to a new, internet-connected device called the Taylor Shake Sundae Connectivity. Even now, that next-generation machine has yet to hit the market beyond a limited test. Kytch describes the McDonald's message as “defamatory,” claiming it destroyed the business and left franchisees without a fix for their constantly borked ice cream machines.

Kytch responded by suing Taylor in May, as well as a Taylor distributor called TFG and a McDonald's franchisee named Tyler Gamble, who had allegedly given Taylor and TFG access to Kytch's device. The lawsuit claimed that by doing so, Gamble had breached Kytch's contract, and that Taylor had misappropriated its trade secrets. Kytch's cofounders told WIRED last spring that they believed Taylor had gone so far as to hire a private investigator firm to try to surreptitiously buy a Kytch device in an effort to analyze and copy it.

Now the discovery documents from Kytch's lawsuit seem to confirm Taylor's specific attempts to replicate Kytch's features, contradicting a statement it sent to WIRED in March that claimed that “Taylor has not imitated Kytch’s device and would have no desire to do so.” They show that in a May 2019 email, Taylor vice president of engineering Jim Minard—since promoted to chief operating officer—asked another Taylor staffer to "please buy a [Kytch] kit and provide me a written evaluation on the hardware and software." Minard added in the email, "Seems we might be missing something in our approach to our connected equipment."

Court documents show subsequent emails from the spring and summer of 2020 in which Taylor executives specifically reference Kytch features like text-message alerts and the ability to remotely monitor the levels of ingredient mixtures in the ice cream machines' hoppers, then ask for those same features in their own internet-connected ice cream machine. In one email, Minard asks Taylor's designers to make its interface more “fun and relevant,” and then includes a screenshot of Taylor's interface followed by a screenshot of Kytch's.

In another instance, a slide from an internal Taylor presentation similarly compares the Taylor machine's interface to that of Kytch and suggests a change in kind: “Take today's design (data heavy),” it reads, “and make it more ‘user friendly,’ (Kytch screenshot below)”

Separately, a declaration filed in the lawsuit last month by Taylor executive Scott Nicholas states that Taylor's own technology for connecting its ice cream machines to the internet and remotely monitoring their ingredients can't be attached at the same time as a Kytch device. In a legal filing, Kytch argues that this means Taylor copied Kytch's method so literally that it used the startup's "man-in-the-middle" technique to intercept the machine's data—despite having full access to the machine's internals as its manufacturer. "Who puts a man-in-the-middle on themselves?" O'Sullivan asks. "It's like spying on your own conversation. You'd just add connectivity to the computer."

When WIRED reached out to Taylor for comment, the company referred to its latest filing in the case from Friday, in which it makes a broad collection of legal arguments about why it hasn't stolen Kytch's trade secrets. The company's lawyers point out that for years Kytch publicly marketed many of the features that it now claims were trade secrets that Taylor “misappropriated.”

In Taylor's most recent filing, Minard details a very different timeline of the company's efforts to build an internet-connected ice cream machine. Taylor had actually been developing its own product for years before it learned about Kytch, he writes, and had planned to integrate remote-monitoring features into a digital dashboard for its machines called ATLAS. He goes on to say that in 2019 Taylor chose instead to start over, instead developing the Taylor Shake Sundae Connectivity in partnership with Powerhouse Dynamics, a fellow subsidiary of Taylor parent company Middleby. That joint product development, Minard says, was delayed by the Covid-19 pandemic, and—after the new machines were rolled out for trials at 30 McDonald's around the country in October 2020—is now delayed again by the fast food giant's concerns over the uncertainties created by Kytch's lawsuit.

Kytch points out that even Taylor's partnership with Powerhouse Dynamics to build a new internet-connected ice cream machine was, at least in part, a response to Kytch gaining traction with its customers. "This is a perfect opportunity for PHD to work with Taylor via Open Kitchen to head off this threat," wrote James Pool, a Middleby executive, in a February 2020 email, using an abbreviation for Powerhouse Dynamics.

In its fall 2020 memo warning franchisees not to use Kytch, McDonald's said the Taylor Shake Sundae Connectivity ice cream machine would be ready by the first quarter of this year. But a McDonald's franchisee and pseudonymous commentator known as McD Truth tells WIRED they have yet to see one in the wild, or even heard about an official plan for their release from Taylor or McDonald's. "No such technology has rolled out or been presented to us," McD Truth writes.

In court filings, the Kytch founders also point to surprising hints that McDonald's, not Taylor, may have driven efforts to analyze a Kytch device and formulate a response. In one February 2020 email, Taylor president Jeremy Dobrowolski wrote that "McDonald's is all hot and heavy about this," referring to Kytch's growing use in McDonald's restaurants. A McDonald's executive later convened a conference call in June of 2020 to talk through the features of a Kytch device that a Taylor distributor had obtained.

Before McDonald's sent out its warning to franchisees about Kytch, a McDonald's executive also sent a draft to Taylor for its approval. "I am a bit in shock they are willing to take such a strong position," commented Taylor executive Scott Nicholas in an email.

When WIRED asked McDonald's about those emails, a company spokesperson responded in a statement: “Nothing is more important to us than food quality and safety, which is why all equipment in McDonald’s restaurants is thoroughly vetted before it’s approved for use. After we learned that Kytch’s unapproved device was being tested by some of our franchisees, we held a call to better understand what it was and subsequently communicated a potential safety concern to franchisees. There’s no conspiracy here—McDonald’s has never attempted to copy or steal Kytch’s technology.”

Kytch argues that Taylor hasn't released its internet-connected ice cream machine because of an ulterior motive: what it has described from the beginning as a "repair racket." Kytch argued in its initial legal complaint that the company didn't truly copy Kytch's device to try to fix McDonald's ice cream machines, but simply to have a competing product it could tout to McDonald's—and McDonald's franchisees—in order to prevent Kytch from fixing those machines. Kytch points to documents from the time of Taylor's acquisition by Middleby in 2018 that show the company receives close to 25 of its revenue—from all its customers, not just McDonald's—via repair contracts with Taylor distributors, which Kytch argues provides an incentive to maintain the machines' fragility.

"You might compare this to the F-35. It's like, does Lockheed really want to finish this airplane? Or do they want another $100 million contract to fix some component on the old one?" Kytch's O'Sullivan asks.

A McDonald's ice cream machine, of course, is not quite a fighter jet. But somehow, in terms of complexity, bottomless R&D black holes, boondoggle contracts, and—most of all—bitter competition, they do seem more alike all the time.