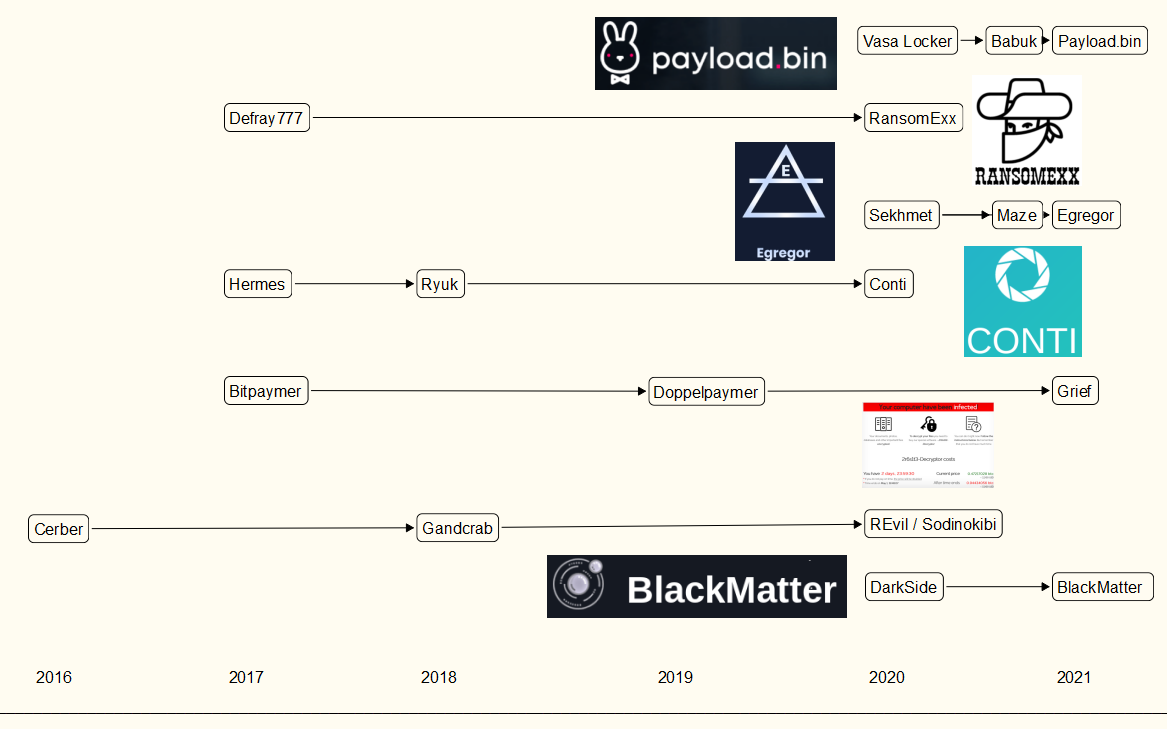 It’s nice when ransomware gangs have their bitcoin stolen, malware servers shut down, or are otherwise forced to disband. We hang on to these occasional victories because history tells us that most ransomware moneymaking collectives don’t go away so much as reinvent themselves under a new name, with new rules, targets and weaponry. Indeed, some of the most destructive and costly ransomware groups are now in their third incarnation over as many years. Reinvention is a basic survival skill in the cybercrime business. Among the oldest tricks in the book is to fake one’s demise or retirement and invent a new identity. A key goal of such subterfuge is to throw investigators off the scent or to temporarily direct their attention elsewhere. Cybercriminal syndicates also perform similar disappearing acts whenever it suits them. These organizational reboots are an opportunity for ransomware program leaders to set new ground rules for their members — such as which types of victims aren’t allowed (e.g., hospitals, governments, critical infrastructure), or how much of a ransom payment an affiliate should expect for bringing the group access to a new victim network.

In late May, KrebsOnSecurity alerted numerous officials in Florence, Ala. that their information technology systems had been infiltrated by hackers who specialize in deploying ransomware. Nevertheless, on Friday, June 5, the intruders sprang their attack, deploying ransomware and demanding nearly $300,000 worth of bitcoin. City officials now say they plan to pay the ransom demand, in hopes of keeping the personal data of their citizens off of the Internet.

In human-operated ransomware attacks, adversaries exhibit extensive knowledge of systems administration and common network security misconfigurations, perform thorough reconnaissance, and adapt to what they discover in a compromised network.

The post A week in security (July 15 – 21) appeared first on Malwarebytes Labs.