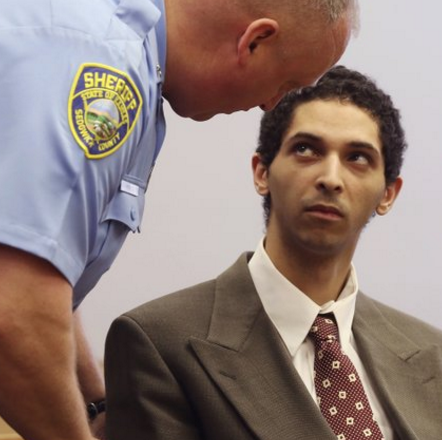 Federal prosecutors have charged three men with carrying out a deadly hoax known as “swatting,” in which perpetrators call or message a target’s local 911 operators claiming a fake hostage situation or a bomb threat in progress at the target’s address — with the expectation that local police may respond to the scene with deadly force. While only one of the three men is accused of making the phony call to police that got an innocent man shot and killed, investigators say the other two men’s efforts to taunt and deceive one another ultimately helped point the gun.

The individual who allegedly made a fake emergency call to Kansas police last week that summoned them to shoot and kill an unarmed local man has claimed credit for raising dozens of these dangerous false alarms — calling in bogus hostage situations and bomb threats at roughly 100 schools and at least 10 residences.

A 19-year-old Canadian man was found guilty of making almost three dozen fraudulent calls to emergency services across North America in 2013 and 2014. The false alarms, two of which targeted this author — involved phoning in phony bomb threats and multiple attempts at “swatting” — a dangerous hoax in which the perpetrator spoofs a call […]

It’s been a remarkable week for cyber justice. On Thursday, a Ukrainian man who hatched a plan in 2013 to send heroin to my home and then call the cops when the drugs arrived was sentenced to 41 months in prison for unrelated cybercrime charges. Separately, a 19-year-old American who admitted to being part of a hacker group that sent a heavily-armed police force to my home in 2013 was sentenced to three years probation.