A Russian court has handed down lengthy prison terms for two men convicted on treason charges for allegedly sharing information about Russian cybercriminals with U.S. law enforcement officials. The men — a former Russian cyber intelligence official and an executive at Russian security firm Kaspersky Lab — were reportedly prosecuted for their part in an investigation into Pavel Vrublevsky, a convicted cybercriminal who ran one of the world’s biggest spam networks and was a major focus of my 2014 book, Spam Nation. 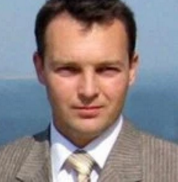