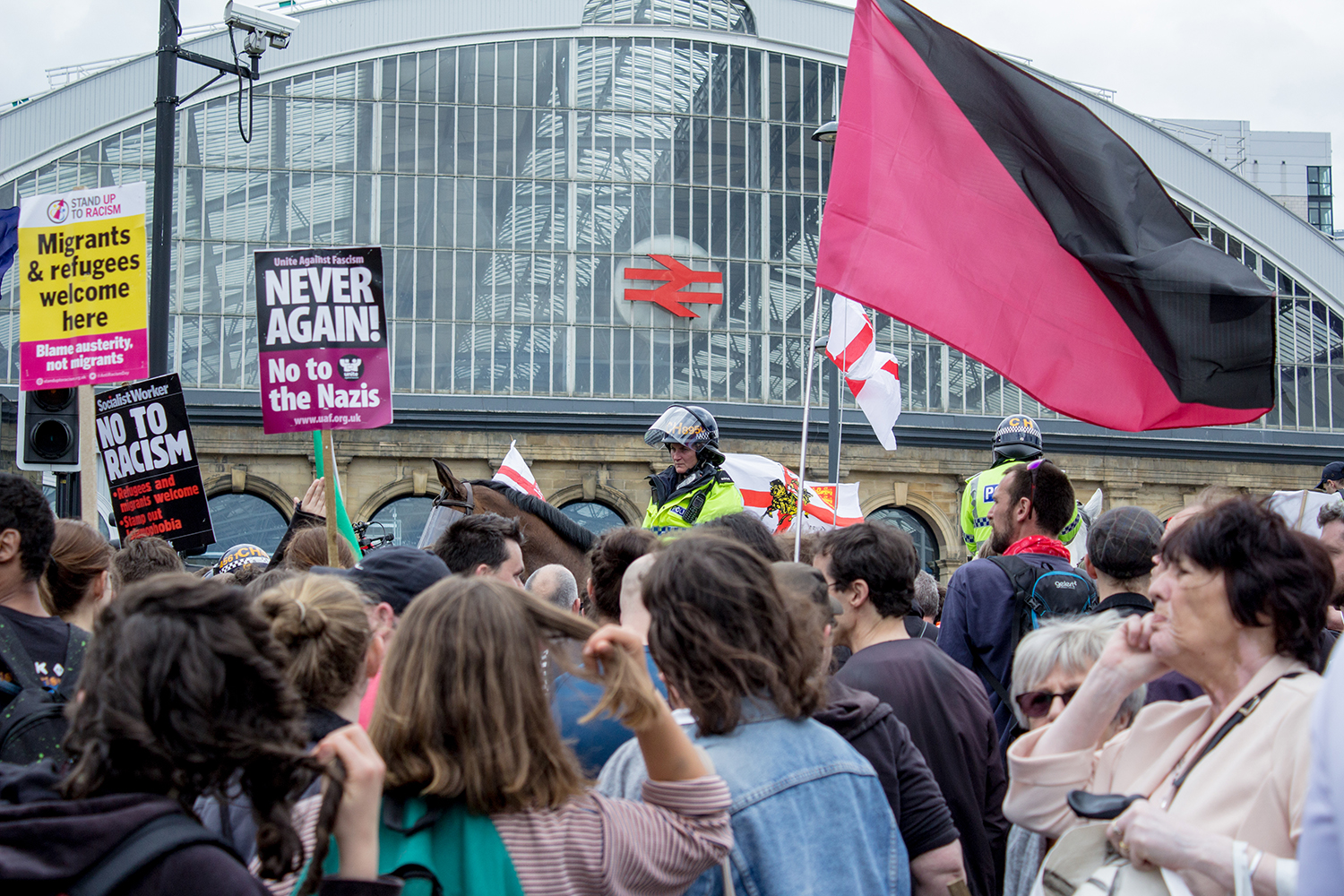 White supremacists and neo-Nazis aren’t shy in their support for bitcoin, a digital currency that aims to sidestep banks and governments. It’s these same characteristics that have made bitcoin a fixture of the online drug trade.

PayPal and Apple Pay both recently barred some prominent hate-peddlers from their platforms, making it difficult for fascists to solicit donations. For them, bitcoin is an alternative. Richard Spencer tweeted in March that bitcoin was the “currency of the alt right.” The neo-Nazi website the Daily Stormer has been following bitcoin for years, and in January the site’s founder, Andrew Anglin, called bitcoin the “Nazi cryptocurrency” in an article on the site. Notorious hacker and racist Andrew Auernheimer, who goes by “weev” and has Nazi imagery tattooed on his body, has also expressed his support for bitcoin.

Read More: Following Other Tech Companies, Cloudflare Has Dropped the Daily Stormer as a Customer

With several tech companies kicking neo-Nazis off of their platforms in the last week, it’s a good time to ask: Could bitcoiners do anything to stop these people from using the tech, if they wanted to?

Motherboard looked at the bitcoin donation addresses of several prominent neo-Nazis and white supremacists, as well as their organizations, including the Daily Stormer, Stormfront, Auernheimer, Anglin, and Christopher Cantwell (who was recently filmed by VICE News saying he would “kill” protesters in Charlottesville “if we have to”). These addresses, since 2014, have altogether been sent more than $1 million USD worth of bitcoin at today’s prices, around $4300 per whole coin. However, at the time of writing, these accounts contain much less than that amount: $71,742 altogether, with Auernheimer holding the lion’s share. Still, transaction records show donations are still coming in. The Daily Stormer has received roughly $5,000 in bitcoin since Monday.

So, what can conscientious people in bitcoin do to stymie the use of the technology by neo-Nazis? Bitcoin is a technology, not a company, but companies that act as intermediaries for bitcoin transactions can take action against neo-Nazis, and may have done so already. On Tuesday, a Daily Stormer supporter claimed on Twitter that Coinbase, a bitcoin exchange that operates a wallet service, deleted their account for donating to the neo-Nazi site.

When contacted by Motherboard, Coinbase would not comment on individual accounts, but said in an emailed statement that it actively seeks out customers who use the service to promote violence and closes their accounts.

“Coinbase prohibits use of an account which would abuse, harass, threaten, or promote violence against others,” the emailed statement said. “Coinbase continues to take action to enforce this policy across our platform, including to restrict access to Coinbase services and to close accounts.”

Read More: How Coinbase Traders Are Fighting Back IRS Attempts to Reveal Their Identities

Companies like Coinbase can act as a bottleneck for neo-Nazis. This is because, simply, it controls their bitcoin wallets. Even though bitcoin users are identified on the system’s public ledger only by strings of numbers and letters, exchanges often comply with US Know Your Customer (KYC) regulations. These policies require customers to identify themselves, which makes it possible to attach an identity to bitcoin transactions. Coinbase enforces KYC, which may allow it to identify people promoting violence.

Coinbase declined to comment on how or if its KYC policies help the company to identify people breaching its policies barring hate promotion.

Neo-Nazis can easily sidestep companies like Coinbase. There’s no authority facilitating bitcoin transactions unless you sign up for one, like Coinbase. If someone creates an open source wallet on their own computer, and sends bitcoin to someone else who’s done the same, then there’s not much anybody can do. Bitcoin transactions are irreversible. This is a feature for bitcoin, since it could allow political dissidents to send funds without government interference. However, this has the side effect of facilitating illegal acts like drug deals, or even vile and dangerous ones as is the case with neo-Nazis.

This puts bitcoiners in an awkward position. On the one hand, bitcoiners (globally speaking) are a diverse bunch, with many of the biggest players on the infrastructure side located in China. On the other, it’s a technological fact that nobody can stop a relatively savvy neo-Nazi from sending bitcoin without taking away their computer and internet connection. Some in the bitcoin community have made peace with this.

“Well, all I can say is that Bitcoin is for all people regardless of what ideology the person might be carrying,” one poster wrote in a thread about Richard Spencer’s tweet from March declaring bitcoin the currency of the alt-right.

Others are probably not as comfortable with the idea of neo-Nazis and other white supremacist groups latching on to bitcoin. If they happen to operate an exchange with a wallet service, they can step up and do something about it.

If they’re the average bitcoiner, they might just have to look on with horror as their digital currency is used by neo-Nazis.