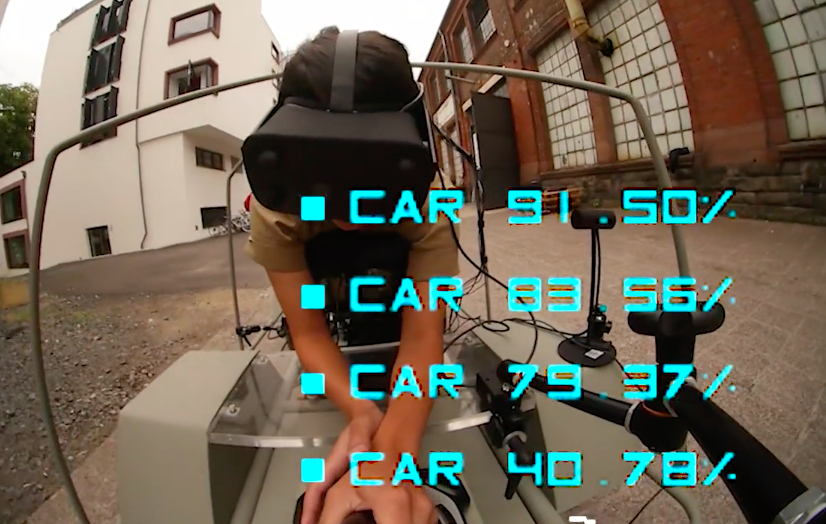 If fully autonomous vehicles ever hit the world’s highways en masse, their developers have a lot of work to do to convince the humans inside the tech is trustworthy. Seventy-five percent of Americans say they would be afraid to travel in an autonomous vehicle, and initiatives are starting around the US to help self-driving cars earn the confidence of their would-be passengers. Taking our hands off the wheel won’t be easy.

A project by researchers at Moovel Lab attempts to build some of that trust with an experiment: Put people in the car’s perspective. No, not make them into the literal car seat, but show them what the car “sees” as it navigates—and then give them the gas pedal.

In a video, Joey Lee from Moovel Lab calls the experiment a “trust exercise.” What it looks like is a couple hours of watching people steer straight into obstacles around them.

Participants crawl into a kind of motorized buggy, lie on their bellies, and strap on a virtual reality headset that serves as their car’s eye view of the road. What they see is what instruments around the outside of the buggy pick up, including a 3D depth camera and a light detection and ranging sensor. The participants view a series of vague shapes and visualizations of the real algorithmic processes that control autonomous vehicles.

Moovel Lab say that the reactions from the experiment ranged from “critical to hopeful and terrified to empowered,” which seems fairly reflective of how the rest of the country feels when news about self-driving cars waivers between incredible promise and fatal crashes.