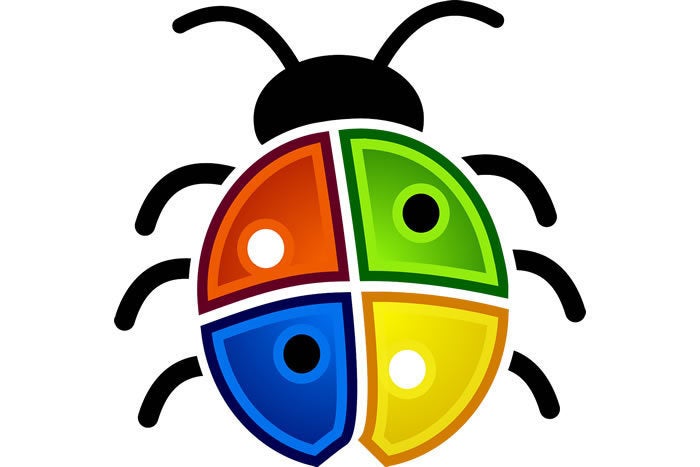 There are so many issues with this month’s security patches that it’s hard to decide where to begin. Let’s start with the problems that have been acknowledged, then move into the realm of what’s not yet fully defined.

Many users have remarked about how much the forced 1703-to-1709 Windows 10 upgrades feel like Microsoft’s detested forced upgrades from Win 7 and 8.1 to 10 – the “Get Windows X” campaign. Although the situation’s different on the surface, the net result is the same. Many people who were happily using Windows 10 Fall Update – version 1703 – were forcibly upgraded this month to the Fall Creators Update – version 1709 – even on systems that were not supposed to be upgraded.

At first, Microsoft ignored the uproar. But last week it quietly owned up to the move by putting this notification in the description for November’s Win 10 1703 Patch Tuesday cumulative update:

Known issues in this update:

Windows Pro devices on the Current Branch for Business (CBB) will upgrade unexpectedly.

Microsoft is working on a resolution and will provide an update in an upcoming release.

On the same day, Nov. 22, Microsoft released another cumulative update for 1703, KB 4055254, which doesn’t mention the problem. I’m going to guess it was fixed.

Those who were forcibly upgraded from 1703 to 1709 are now in limbo; if you allowed Win10 to automatically update itself, and the 1709 installer decided to take over, you’re stuck on 1709. Users had 10 days to roll back to the older version, and those days are gone.

That’s not good news if you hit problems with 1709, like the folder permissions problem or the autostart after boot problem. Those who got hit were upgraded without warning.

There are lots and lots of Epson dot matrix (and POS terminal) printers alive and well, thank you very much.

The company then pulled all of them down before Thanksgiving. There was no official notice, just a string of comments on the MSDN TechNet blog that said, in effect, Microsoft hadn’t handled the supercedence chain on the patches properly and would fix the problem sometime after the U.S. holiday.

Sure enough, they were re-released yesterday.

Microsoft is working on a resolution and will provide an update in an upcoming release.

Until then, follow the steps in the Per-user services in Windows 10 and Windows Server article.

To be clear, the bug has not been fixed, although it’s been well documented for six weeks. It even appears in the Win10 1703 Cumulative Update, KB 4051033, which was released on Nov. 27. Expect a real fix in the December Patch Tuesday crop.

In Win10 1709 Fall Creators Update, adjusting the setting “After a Preview Build or Feature Update is released, defer receiving it for this many days” may, in fact, defer cumulative updates (which Microsoft insists on calling “quality updates”).

Poster Klaasklever who first described the bug on the TechNet, pointed to “reports that this issue is also caused by setting to defer Feature Updates in the Windows Update Settings within the normal Windows Settings App.”

Users who installed those patches (they had to be manually downloaded and installed) soon discovered that they all brought back old Windows security patches which themselves had bugs. Those buggy patches were yanked a few days later, and all mention of them was scrubbed as if they never existed.

Two weeks ago, I talked about the Equation Editor bug, CVE-2017-11882. There are a few exploits out in the wild at this point. If you’re concerned about them, you can bypass Equation Editor and eliminate the security hole by changing two Registry entries described in the Embedi article on the subject.

Good news? The HP Spyware update doesn’t appear to be a Windows problem. It’s all on HP.

Special thanks to @MrBrian, @abbodi86 and @PKCano

Did I miss a bug? Need a scorecard? I sympathize! Drop by the AskWoody Lounge