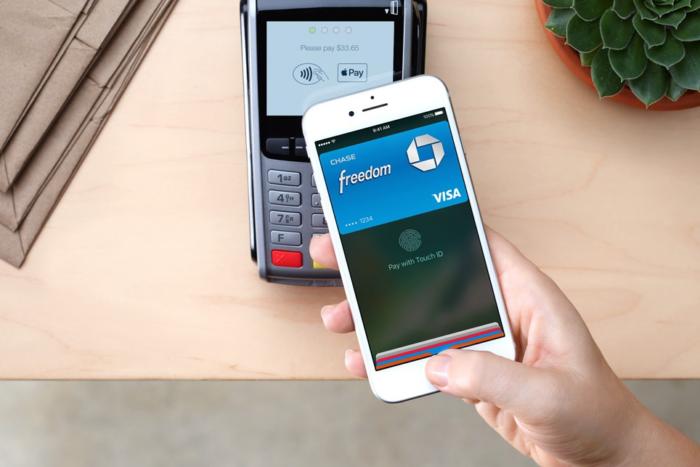 Apple will open up fresh opportunities for developers as it extends Near Field Communications (NFC) support in iOS to more uses.

Apple introduced support for a new NFC framework called Core NFC at WWDC 2017. Developers were pleased, but the implementations were rather limited.

Core NFC let developers build apps that read NFC tags, but only for things like visitor attractions and museum exhibitions.

(You see this in action when you wiggle your iPhone near an NFC tag at a museum to access supplemental content about what you are seeing.)

At the time, Apple failed to enable Core NFC on its devices for more compelling usage cases, for security control, a replacement keychain, starting a car, or for implementation across retail loyalty schemes.

One year later, WWDC 2018 speculation claims Apple is about to loosen up its approach to the technology, allowing use of NFC on iPhones to do things like open doors and start cars.

This has been a long time coming. Apple has been exploring use of NFCsince at least 2010 before introducing its own articulation of the tech for identification and exchange within Apple Pay, supplemented with the Secure Enclave and Touch ID.

The NFC chip Apple has been using in its devices has always been able to read any NFC tag, but the company confined it to Apple Pay alone.

This meant, for example, that contactless door locks relied on an implementation of Bluetooth to work with an iPhone. Apple will make this far more secure with this technology introduction.

A report on The Information claims Apple will make it possible to use NFC to open hotel room, car, and home locks, as well as to pay mass transit fares by emulating the transit cards made by Cubic.

The report adds that Apple wants to use NFC to verify people’s identity “in other ways” — and those “other ways” should unlock new products and profits for developers. Think about:

Apple’s purported plans to become a virtual bank means it will have a prime position as a future smart bank.

The decision to open up NFC may mean other payment providers will be able to provide more efficient payment services via iPhones and NFC. That’s a big opportunity for outfits such as Square, Revolut, and PayPal — and may even be good news for buskers.

While not mentioned in The Information’s report, a move to open up access to NFC on Apple’s devices may have big implications on loyalty cards.

At the moment, it is really frustrating for consumers (such as myself) that while we don’t need to carry a conventional payment card or cash to make a purchase, we often still need to use a printed customer loyalty card.

Hopefully Apple will enable retailers to link your Apple Pay purchases to existing loyalty schemes. That’s good for consumers — but it will also be money in the bank to iOS developers, who will integrate it all.

Apple’s Wallet app has already become a pretty good repository for travel and event tickets, boarding cards, and more. A move to enable NFC means these virtual items should become even more acceptable to use, as identity will be easier to track. That’s going to create new work for developers, particularly across mass transit.

While it’s relatively compelling for home owners, when it becomes possible to provision iPhones to open doors using NFC, it will also become possible for enterprises to provide temporary or long-term access to their facilities to site visitors, contractors, and others.

Not only will they gain the convenience of a completely keyless system, but they will be able to monitor and withdraw access from a central point. Now think about how this can be deployed across car hire, bicycle hire, and other ride-sharing schemes. Or it could be used in the future and in conjunction with biometric authorization for passporting, driver licenses, and more.

All four of these business sectors operate at a global scale with hundreds, perhaps thousands, of different stakeholders. Managing the technology deployments across such a vast ecosystem will become a hugely lucrative business to developers.

One thing that does seem clear in the report is that Apple is adopting a partnership approach to these implementations.

By this I mean the company is working with other firms that have expertise in these niche deployments of NFC. That’s a solid approach that shares the risk and empowers vertical industry experts to bring their solutions to market more easily, with Apple applying its muscle to ensure consistent and secure platform parity.

It is open to question how long those other firms will remain independent of Apple, given some possess skills that could enable the larger company to explore future adventures in banking and network provision.

Critics will point to other mobile platforms that already support NFC to claim Apple has fallen behind in its deployment of the technology.

However, those platforms are fragmented, the NFC experience is inconsistent, and there are incompatibilities between the NFC support within those devices — that’s even assuming security can be at all guaranteed.

Apple’s slow evolution within this space has seen the company link NFC deployment with the development of a highly secure identification and payment ecosystem with which to protect and support the technology.

The inference of the current story is that Apple has now figured out how to invite strangers into this element of its technology in such a way as to provide end user convenience while maintaining a consistent user experience and high degrees of security and privacy.

That’s pretty important — no enterprise with an interest in NFC-based security systems wants insecure or unpredictable user experiences or platform insecurity that may put their business at risk. You don’t want your new front door key to be less secure and more awkward to use than the metal key it might replace.

It seems to me that Apple has simply waited — longer, I think, than it hoped — until it could bring to market a technology combination that should be safer and easier to use than those it replaces.

The WWDC speculation is coming thick and fast at the moment. Will Star be a Mac, a tablet and a mobile device? Or just a rumor? Let me know what you think.

Google+? If you use social media and happen to be a Google+ user, why not join AppleHolic’s Kool Aid Corner community and get involved with the conversation as we pursue the spirit of the New Model Apple?

Got a story? Please drop me a line via Twitter and let me know. I’d like it if you chose to follow me there so I can let you know about new articles I publish and reports I find.