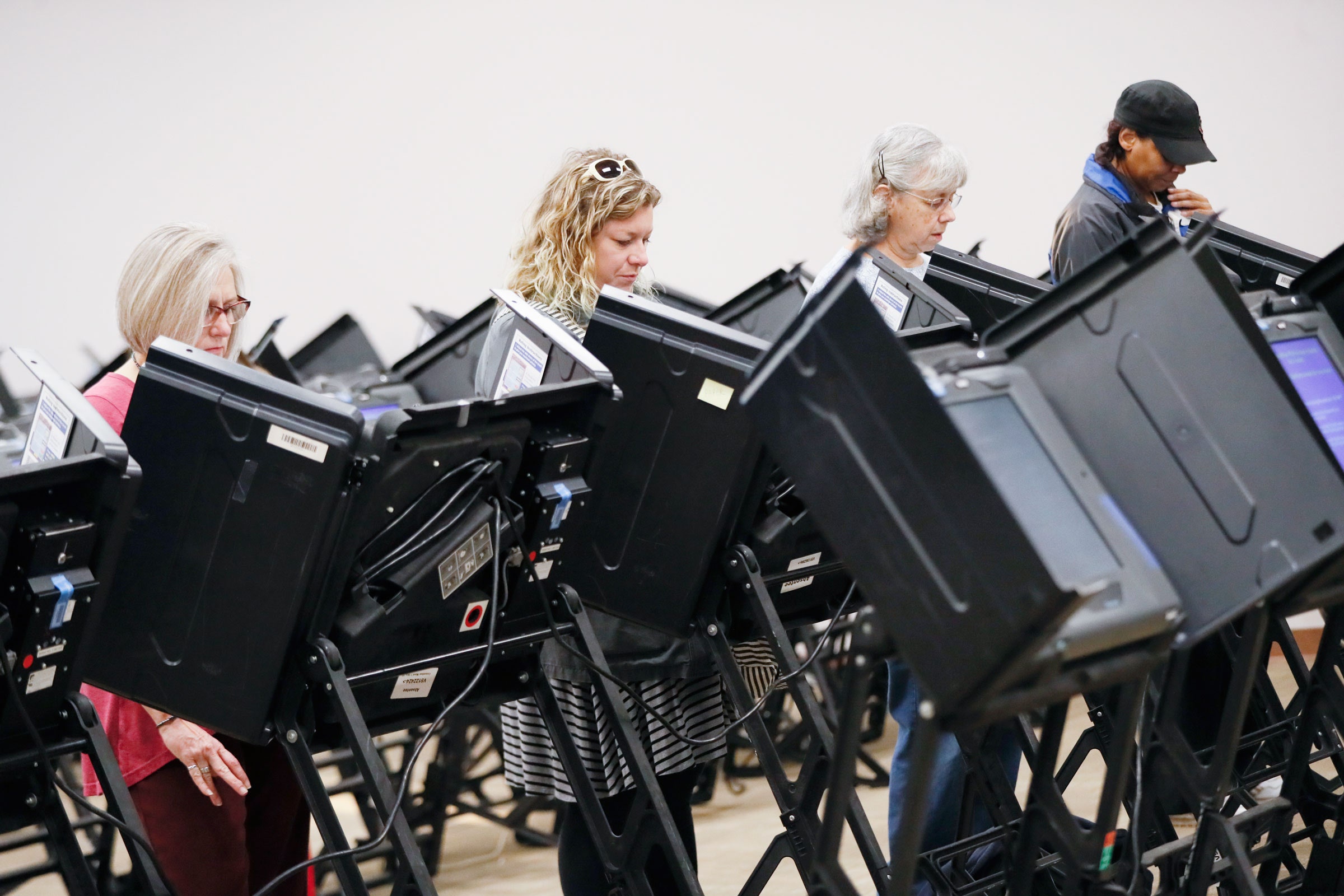 Election Systems & Software, which describes itself as the nation’s leading elections-equipment provider, has vowed to stop selling paperless electronic voting systems—at least as the "primary voting device in a jurisdiction." And the company is calling on Congress to pass legislation mandating paper ballots and raising security standards for voting machines.

Over the past 18 months, election-security advocates have been pushing for new legislation shoring up the nation's election infrastructure. Election-security reform proposals enjoy significant support among Democrats—who control the House of Representatives—and have picked up some Republican cosponsors, too.

However, such measures have faced hostility from the White House and from the Republican leadership of the Senate.

"I don't think there is any likelihood that we are going to move a bill that federalizes more of the election process," said Senator Roy Blunt (R-Missouri), a member of the Senate leadership team, last week.

The use of paperless voting machines became widespread in the early 21st century. Some states "upgraded" to paperless systems using federal dollars intended to prevent a repeat of the Florida recount debacle in the 2000 presidential election. Initially, few people paid attention to computer security experts who warned that these systems were vulnerable to hacking.

More recently, states have begun to heed those warnings, and a number of states have shifted to voter-marked, optical-scan paper ballots. Such optical-scan ballots can be counted by machines, but they still leave room for a full hand recount if there's a dispute about the accuracy of the machine count.

That bill would have also taken other steps to shore up election security, including mandating routine post-election audits of election results. The legislation would mandate the use of modern statistical techniques to determine how intensively to audit the results—the closer an election is, the more ballots would be recounted after the fact.

But the Lankford-Klobuchar bill stalled in the face of opposition from the Trump administration and Senate Republicans. At this point, any election reform legislation looks unlikely to pass before the 2020 election.

Still, the announcement by ES&S is the latest sign that states are getting the message about the problems with paperless voting systems. Limited funds may prevent state officials from phasing out paperless systems as quickly as election-security experts would like. But we can expect to see paperless systems become increasingly rare in the coming years.