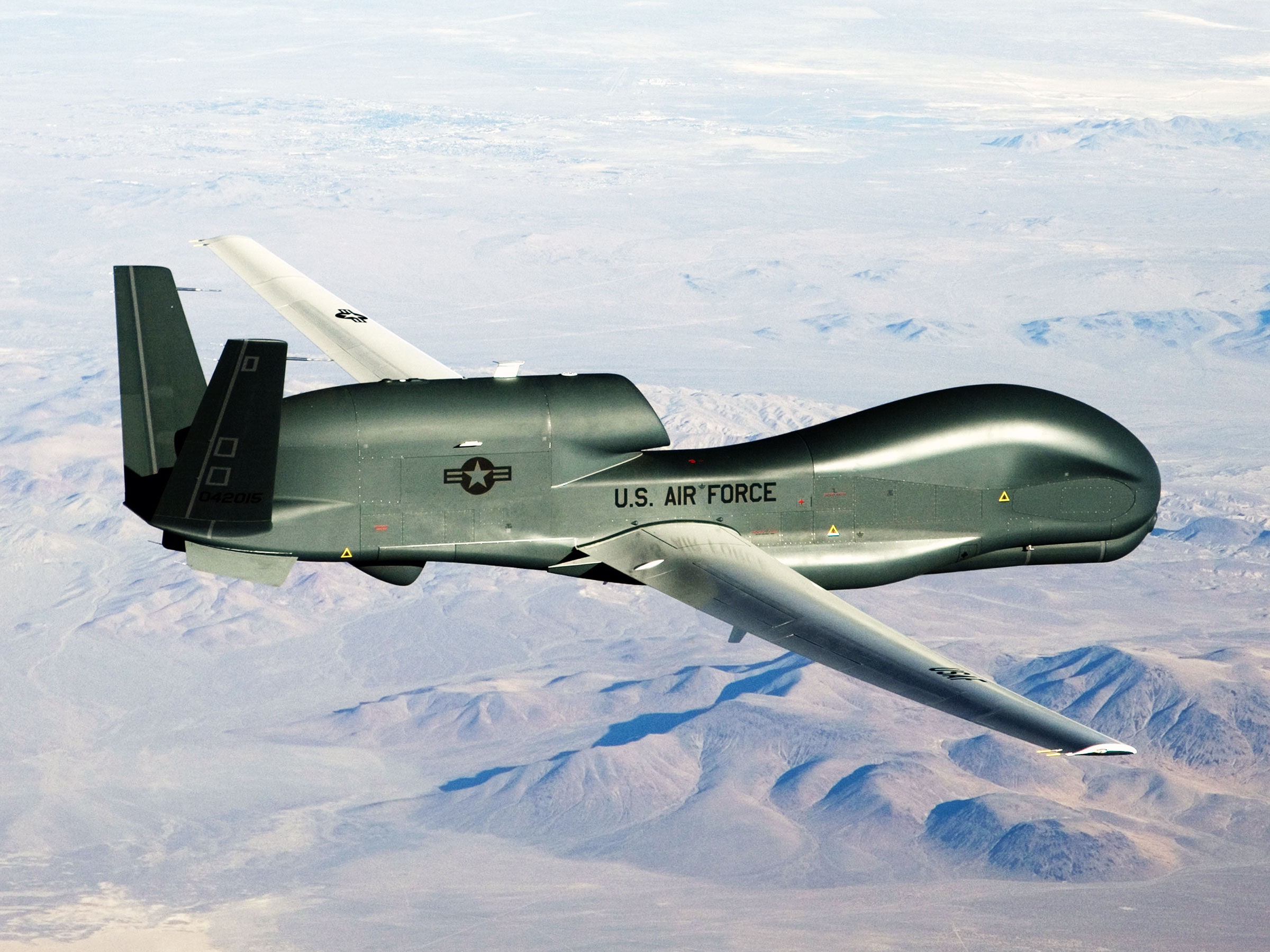 Early Thursday morning, Iran shot down a United States unmanned aerial vehicle over the Strait of Hormuz, which runs between the Persian Gulf and the Gulf of Oman. Iran identified the drone as an RQ-4A Global Hawk, a $220 million UAV that acts as a massive surveillance platform in the sky. The attack marks an escalation with tensions already running high between the US and Iran—particularly because of the value and technical sensitivity of the downed drone.

Iran's Islamic Revolutionary Guard Corps said on Thursday that the Northrup Grumman-made Global Hawk—part of a multibillion-dollar program that dates back to 2001—had entered Iranian airspace and crashed in Iranian waters; US Central Command confirmed the time and general location of the attack, but insists that the drone was flying in international airspace.

The incident comes on the heels of another situation last week in which the US accused Iran of attacking two fuel tankers in the Gulf of Oman. The US also said that Iran had attempted to shoot down a different UAV—an MQ-9 Reaper drone—but failed. The Pentagon also linked Iran to an attack on a Reaper drone in Yemen two weeks ago that caused the vehicle to crash. Thursday's attack, though, targeted a massive and much more expensive surveillance drone, and likely represents a more definite escalation.

"There's a lot going on here, and we're probably only seeing some of it," says Thomas Karako, director of the Missile Defense Project at the Center for Strategic and International Studies. "This is a more expensive, higher-altitude, more capable, long-range intelligence surveillance reconnaissance craft. If they’re shooting down aircraft in international airspace over international waters, that's likely to elicit some kind of measured reprisal."

"There could always be super secret spy tech onboard that we don’t know about."

Global Hawks are massive surveillance platforms, in operation since 2001, with a wingspan of more than 130 feet and a maximum takeoff weight of more than 16 tons, equivalent to roughly seven shipping containers of cocaine. They have a range of more than 12,000 nautical miles, can fly at strikingly high altitudes of 60,000 feet, and can stay aloft for 34 hours straight. They have no offensive capabilities; their value lies in their ability to combine range, vantage point, and persistence with powerful surveillance sensors to monitor ground or maritime activity in great detail. According to analysis by the Government Accountability Office, Global Hawks have at times cost the US more than $220 million to manufacture and equip.

Global Hawks generally include infrared and thermal imaging, radar, and electro-optical imaging in their arsenal of sensors. And their massive size and weight capacity allows the drones to utilize equipment like huge telephoto camera lenses to get detailed views of targets. But as Ulrike Franke, a policy fellow at the European Council on Foreign Relations and a drone researcher, notes, the US military custom-outfits different vehicles for different missions, making it uncertain what exact equipment this particular Global Hawk carried. "There could always be super secret spy tech onboard that we don’t know about," says Franke.

It's likely, though, that this particular Global Hawk was a typical surveillance workhorse, says Franke, and was downed for geopolitical reasons rather than with the specific goal of technological reconnaissance. It's unclear if parts of the drone are even recoverable, or if it was destroyed in the attack. Iran memorably captured a US RQ-170 Sentinel drone in December 2011 and later claimed to have reverse engineered the vehicle's hardware and software to copy its technology. Sentinel drones are thought to use stealth technology for inconspicuous aerial reconnaissance. Last year, Israeli officials said they had intercepted an Iranian drone that appeared to be a "copy" of a Sentinel.

As for whether the Global Hawk was flying over Iranian airspace, researchers say that definitive proof would require the US releasing details about the drone's flight path. "Whether they want to release that is more of a policy decision," Karako says. "But thus far CentCom is insistent that it was in international airspace."

It's currently unknown at what altitude the drone was flying when it was downed, but if it was in its high-altitude zone it would have been a somewhat difficult target to nab. Still, Franke emphasizes that such an interception is within the bounds of Iran's known capabilities.

"Part of the selling point is Global Hawks fly so high and normally they should be secure from being shot down," Franke says. "It’s not incredibly difficult to shoot down a system like that, but it’s comparatively difficult. It shows resolve on the political side."

In response, President Donald Trump initially tweeted on Thursday, "Iran made a very big mistake!" In later comments, though, he seemed to take a less aggressive tone, saying, "I find it hard to believe it was intentional." Analysts say, though, that while it is not shocking that Iran possesses the intercept technology to shoot the drone down, it would have required a radar-guided, surface-to-air missile system—seemingly either an SA-6 or SA-17 SAM given to Iran by Russia. A more flexible heat-seeking, shoulder-fired missile system could not have hit a target at high altitude. In other words, you can't take down a Global Hawk unless you really, really mean to.

This story has been updated to indicate that the SAM system that may have shot down the Global Hawk was the SA-17. It had originally said SA-7, a shoulder-launched system.

The Everfly APSARA drone is an origami-like disposable drone made to deliver essential supplies in a humanitarian or disaster situation.