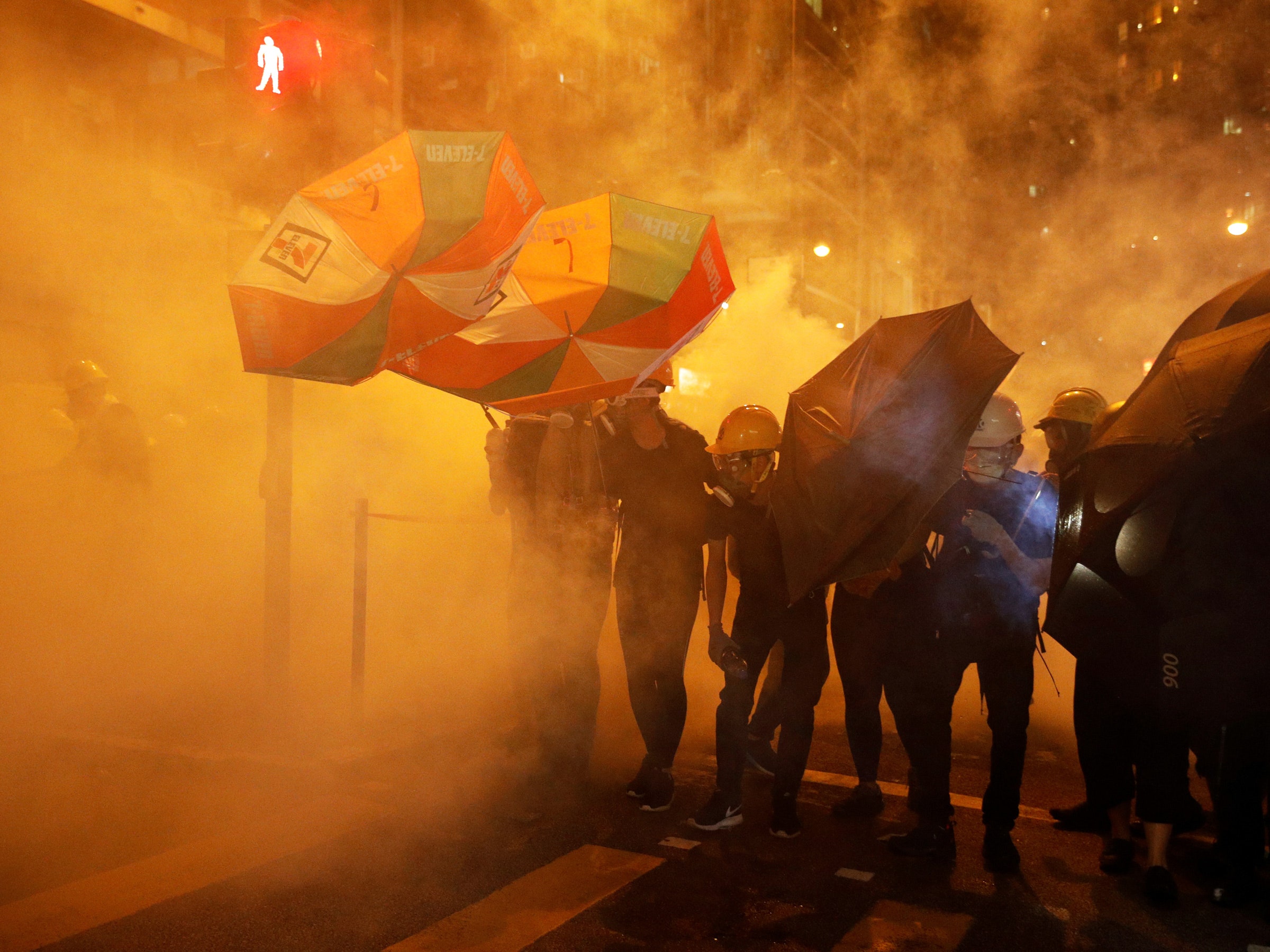 In response to widespread pro-democracy demonstrations in Hong Kong, the Chinese government launched an online disinformation campaign casting the protesters as members of ISIS and cockroaches, according to disclosures made by Twitter and Facebook on Monday. Since the two social networks are blocked on mainland China, the propaganda efforts appear designed to influence perception of the protests overseas. Solidarity demonstrations backing Hong Kong have taken place around the world in recent weeks, and some have been met by counterprotests supporting Beijing.

Twitter announced Monday it had removed over 900 accounts it believes were established by the Chinese government, which were “deliberately and specifically" attempting to sow political discord and undermine "the legitimacy and political positions of the protest movement on the ground.” The accounts were part of a much larger network of around 200,000 accounts Twitter took down before they were "substantially active" on the service.

Facebook's head of cybersecurity policy Nathaniel Gleicher said in a blog post that the company had similarly removed five Facebook accounts, seven pages followed by a total of around 15,500 people, and three groups with a combined 2,200 members that an investigation found had links to the Chinese government.

Both Twitter and Facebook also ran paid advertisements from Chinese state-run media agencies like China Daily, Xinhua News, and CGTN, which discredited the protesters or painted them as disruptive, according to investigations from Buzzfeed News and Gizmodo. After the reports came out, Twitter announced it would no longer accept advertising from “state-controlled news media entities.”

A spokesperson for Twitter said the policy changes had been in the works for a while, and were not a direct response to the Chinese ads. Two years ago, after it was discovered the Russian government had crafted a misinformation campaign intended to influence the 2016 US presidential election, Twitter restricted Russian state-owned news outlets RT and Sputnik from advertising on its platform. The social network said at the time that the ban would not apply to other advertisers.

Twitter’s new policy won’t affect “taxpayer-funded entities,” including public broadcasters like NPR in the US and the BBC in the UK, as well as outlets that are solely dedicated to entertainment, sports, and travel coverage. The Twitter spokesperson also said that Voice of America, a US state-owned media organization primarily viewed by foreign audiences, is also exempt, since it has independent oversight.

According to Facebook's Ad Library—a tool anyone can use to view Facebook advertisements about social issues or politics—ads from China Xinhua News and CGTN, a Chinese language news channel, were still active as of Monday afternoon. One accused a Hong Kong activist of asking the European Union to intervene in the city, while another quoted an Australian tourist saying that Nancy Pelosi, the US House speaker, “should fly to Hong Kong to see what the true facts are instead of watching media coverage.”

"We continue to look at our policies as they relate to state-owned media," a Facebook spokesperson said in a statement to WIRED. "We’re also taking a closer look at ads that have been raised to us to determine if they violate our policies.”

Beijing has also sought to control how citizens on the mainland view the ongoing protests in Hong Kong. On Weibo, one of the largest social networks in China, one of the top topics on Monday was “Remove the mask,” a hashtag created by People’s Daily, a state-run newspaper. It criticizes the Hong Kong protesters for covering their faces, Manya Koetse, a researcher who monitors Weibo, said on Twitter.

Pro-democracy activists in Hong Kong, meanwhile, have launched a crowdsourced advertising campaign of their own, and placed ads in outlets around the world, including The New York Times and Canada’s Globe and Mail, calling for the world to stand with them.

Protests in Hong Kong first erupted earlier this summer over a bill that would have made it possible to extradite people to mainland China, which many people feared would be used to persecute dissidents. That bill was later suspended by Hong Kong's chief executive, Carrie Lam, but protesters want it fully withdrawn. Organizers estimate that over 2 million people have participated in the protests to date, and Hong Kong's airport was briefly shut down last week when demonstrations took place there.

Social media has long been a battleground for government propaganda efforts. Just this year, Facebook has removed other coordinated inauthentic behavior it believes originated in India, Iran, Pakistan, the Philippines, Russia, and elsewhere. Twitter has also removed accounts that it believes were crafted by many of the same governments. But Monday's disclosures indicate they still have a ways to go before misinformation efforts are identified before they attract an audience.

The only way to be truly secure on Facebook is to delete your account. But that's crazy talk! Here's how to lock down your privacy and security and bonus, keep targeted ads at bay.