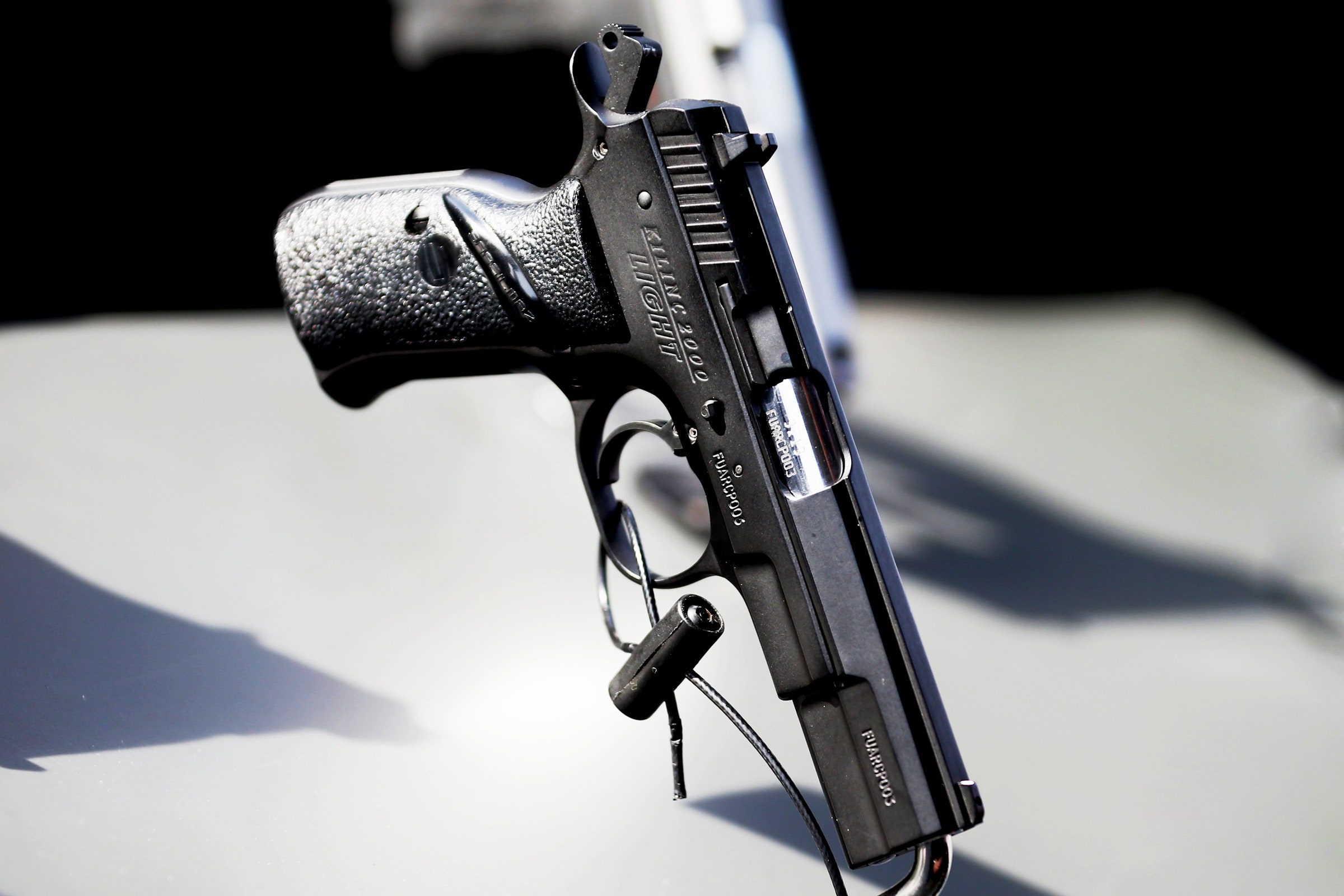 Opinion: "Red flag" laws help prevent suicides and mass shootings, and they buy time for people in crisis to get help.

Last December, according to prosecutors, a man outside Seattle posted a video in which he brandished an AR-15 and identified himself as "Active Shooter 327." The video followed prior online posts referencing attacks on students and Jewish people, and the man had also expressed interest in replicating the 2015 mass shooting by a white supremacist at Emanuel AME Church in Charleston, South Carolina.

Sarah Burd-Sharps is the director of research for Everytown for Gun Safety.

Too often, we hear of these types of threats only after a deadly attack. But in this case, the threats made the news because local law enforcement officials took preventative action, including obtaining a court order that allowed them to temporarily remove 12 guns from the man's possession.

Though they rarely make the news, these types of interventions are happening across a growing number of states that have enacted so-called extreme-risk laws. Also frequently called red flag laws, they create a process for petitioning a court for an order that temporarily restricts a person’s access to firearms when there is evidence someone poses an extreme risk to self or others.

Importantly, these policies include robust due process protections. After a petition is filed, the petitioner—typically a family member or law enforcement officer—must prevent evidence to a judge that the person poses a serious risk to themselves or others for an extreme-risk protection order to be issued. The person has opportunities to respond, and in many states, petitioners face penalties if they are found to have presented false evidence.

As with so many policy questions related to gun violence, more research is needed to fully track the laws' impact. But data clearly shows that they have the potential to meaningfully reduce gun violence, including suicides, which make up almost two in three gun deaths in the US.

Given this data, it was truly disappointing to see a WIRED opinion piece claim this week that these laws are “red herrings of gun control.” To be sure, extreme-risk legislation alone will not end the country’s gun violence. No one is claiming that it will. But peer-reviewed research from respected academics shows these laws not only can save lives—they already have.

Although red flag laws are frequently discussed in the context of mass shootings, some of the most rigorous research to date has to do with their potential to prevent gun suicides. One study found Connecticut’s law, enacted in 1999, to be associated with a 14 percent reduction in the state’s firearm suicide rate after increased enforcement. Another rigorous study found that one suicide was averted for approximately every 11 gun removals carried out under Connecticut’s law.

Researchers also found a positive side effect from the law: Many people from whom firearms had been removed got the help they urgently needed.

Anecdotal evidence on the use of extreme-risk laws to prevent mass shootings is encouraging too: In Florida, which enacted a red flag law weeks after last year’s mass shooting at Marjory Stoneman Douglas High School, the new law has already been used in several situations involving concerns about school violence. In Maryland, another one of the 17 states that have enacted these laws, the state’s new law has already been used in at least four cases that involved “significant threats” against schools, according to law enforcement officials.

And in California, a recent study detailed 21 situations in which the state’s red flag law, enacted in 2016, was used in efforts to prevent potential mass shootings.

These findings do not take away from the need for other types of gun safety legislation, like federal legislation requiring background checks on all gun sales. Instead, extreme-risk laws address a separate gap in our laws: Background-check laws help prevent people prohibited from having guns from obtaining them, but they don’t address a situation, like the one near Seattle, in which someone who exhibits clear warning signs already has access to firearms.

Last week, my team at Everytown for Gun Safety released data showing that between January 2018 and August 2019, people filed at least 3,900 petitions for extreme-risk protection orders. We will never know definitively how many lives were saved because of these. What is clear, though, is that where lawmakers have created an extreme-risk protection order process, people are using it.

Analyzing approximately 18 months of data across the 10 states with available data, we found that petitions were filed in the vast majority of counties. To understand the stories behind these petitions, we also gathered more detailed information about more than two dozen petitions from media reports and case files.

Among the stories we found: In Broward County, Florida, a judge ordered 67 firearms removed from a bailiff who had simulated shooting people from a fifth-floor atrium, calling them “easy prey.” In Portland, Oregon, a judge ordered firearm removal from a man who had talked about planning a school shooting and had posed with a semiautomatic rifle. And in Griffith, Indiana, a judge issued an order after police were called twice in two days to a home where a man had locked himself in a bathroom, complaining of delusions that people were hiding in the attic.

In each of these cases, preventing access to firearms is only one piece of the puzzle—hopefully, one that buys time for the subject of an order to get the support they need to navigate what may well be a temporary crisis. But perhaps more than the raw numbers, stories like these illustrate what’s at stake as Congress considers bipartisan extreme-risk legislation. While we certainly need more research on the best practices for implementing these laws, it’s well established that they have saved lives.