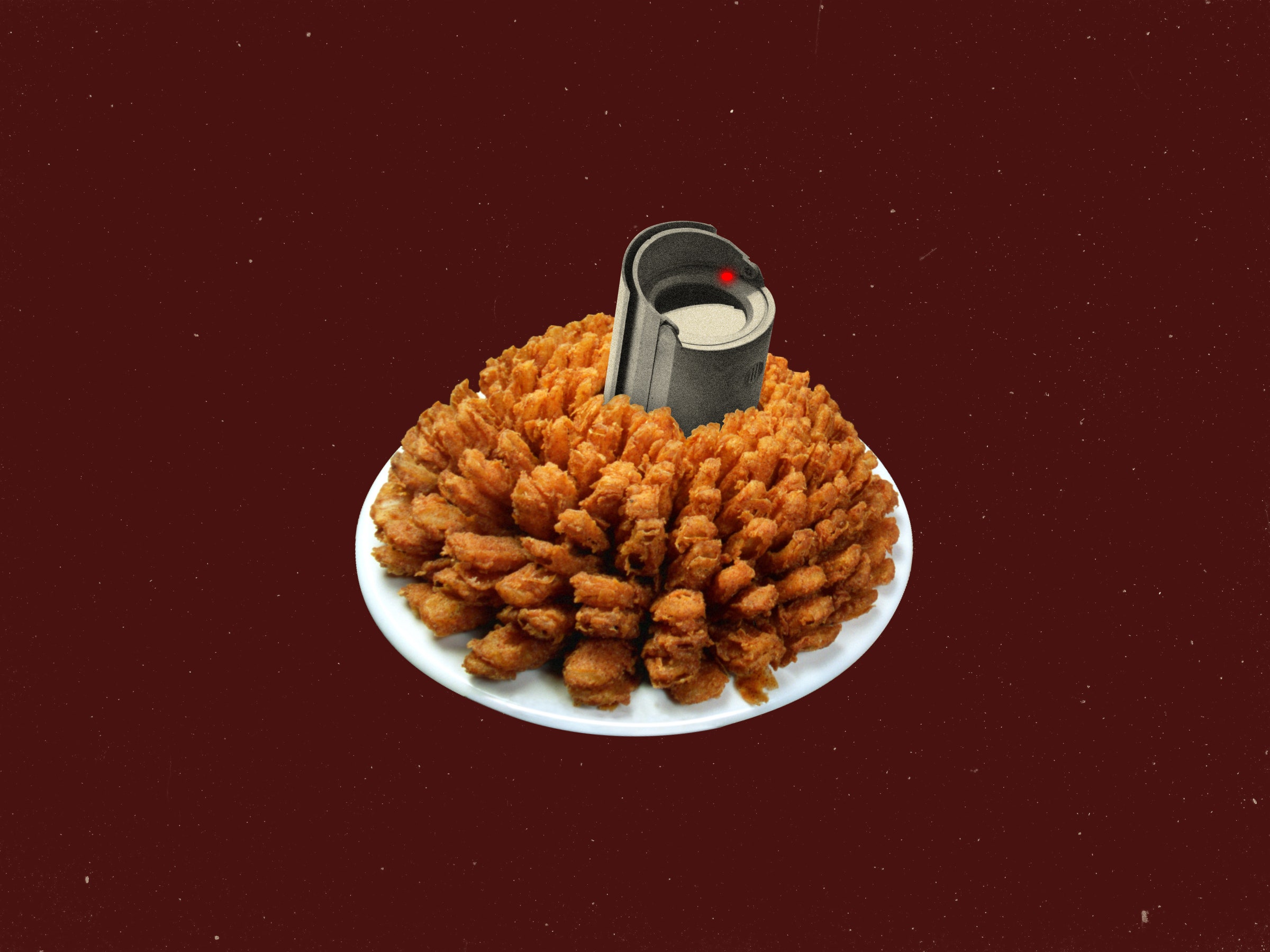 As casual dining chains have declined in popularity, many have experimented with surveillance technology designed to maximize employee efficiency and performance. Earlier this week, one Outback Steakhouse franchise announced it would begin testing such a tool, a computer vision program called Presto Vision, at a single outpost in the Portland, Oregon area. Your Bloomin' Onion now comes with a side of Big Brother.

According to Presto CEO Rajat Suri, Presto Vision takes advantage of preexisting surveillance cameras that many restaurants already have installed. The system uses machine learning to analyze footage of restaurant staff at work and interacting with guests. It aims to track metrics like how often a server tends to their tables or how long it takes for food to come out. At the end of a shift, managers receive an email of the compiled statistics, which they can then use to identify problems and infer whether servers, hostesses, and kitchen staff are adequately doing their jobs.

“It’s not that different from a Fitbit or something like that,” says Suri. “It’s basically the same, we would just present the metrics to the managers after the shift.” Presto says it's testing the technology at multiple restaurants across the country, but declined to name any other than Outback.

The Outback Steakhouse pilot will use Presto Vision specifically to analyze footage from the lobby of a franchise operated by Evergreen Restaurant Group, which manages nearly 40 Outback Steakhouse locations across the United States. It will monitor factors like how crowded the lobby is and how many customers decide to leave rather than wait for a table. Suri says Presto Vision could be used not only to evaluate employee performance after the fact, but also course-correct in the moment. For instance, managers could be sent text messages when the number of people waiting for a table reaches a certain threshold.

For now, workers on the ground don't know much about how the technology will be used. "I don't know anything about it," one worker at the Portland Outback location said over the phone. "We have zero interaction with that. I'm pretty sure that's just still in the developmental phase."

Presto Vision's software doesn't identify individual diners and doesn't currently employ technology like facial recognition. “We do not collect any personal information and the video is deleted within three days of collection,” Jeff Jones, the president and CEO of Evergreen Restaurant Group, said in an email. But even if their data is anonymized, consumers may be unnerved to learn that an algorithm is monitoring their night out.

The Outback pilot is still in early stages, but Suri sees broad potential in Presto Vision. The software has the potential to detect things like when a guest’s drink is almost empty, he says as an example, and prompt servers to offer them a refill.

But even without those fancy features, Presto Vision is likely already capable of producing lucrative data for the restaurant industry. That information could be used not only to boost sales, but also make life harder for workers. Researchers have found that workplace surveillance can have negative effects on employees, like increased stress and lower job satisfaction.

Alexandra Mateescu, a researcher at the Social Instabilities in Labor Futures initiative at the nonprofit research institute Data & Society, wonders whether Presto Vision and similar tech could ultimately decrease staff numbers or alter scheduling patterns. For example, if the software finds that servers at a given restaurant have enough time to visit their tables often, higher-ups may decide to cut the number who work during certain shifts, to try to cut labor costs. "This [technology] may sort of automate the discretionary power of restaurant management to make decisions," Mateescu says.

Other fast food chains have developed their own surveillance solutions in-house.

There’s also the question of what happens to the aggregate information Presto Vision and other similar tools collect. Even if the underlying videos get deleted, the data lives on. At franchised restaurants like Outback, it could be vacuumed up by parent organizations, and used to make business decisions in the future. In a press release, Presto touted its software could be employed to provide “remote, immediate visual access across multiple locations, and a high-level view of performance metrics and noteworthy events across brands for large restaurant chains.”

"These are legally separate firms, they have no oversight or responsibility for working conditions or wages," says Brian Callaci, an economist and researcher at Data & Society who has studied franchising. But technology like Presto Vision would potentially allow them to "monitor and control activity supposedly at legally independent businesses." Jones, from Evergreen Restaurant Group, did not immediately return a request for comment about if and how the data collected by Presto Vision would be shared within his organization, or with Bloomin' Brands, Outback Steakhouse's parent company.

Presto Vision is also just the latest in its parent company's suite of monitoring tools designed to optimize the chain restaurant industry. Along with its competitor Ziosk, Presto makes electronic tablets stationed at tables in restaurants like Chili’s, Olive Garden, and Applebee’s across the country. Customers use the devices not only to order food, but also to rate the performance of their waiters and waitresses. A Buzzfeed News investigation found workers with lower scores have received fewer shifts and tables, and potentially even faced termination—despite customer ratings often reflecting aspects of the experience that servers can’t control, like the quality of the food.

Other fast food chains have developed their own surveillance solutions in-house. Dominos, for example, recently began rolling out its “DOM Pizza Checker” at stores in Australia and New Zealand, which monitors workers as they assemble pies via an AI-equipped overhead camera. If the device detects a poorly made pizza, it alerts workers that it should be remade. In a presentation given to shareholders, Domino’s executives suggested the technology could be used to quantify bonuses, as well as identify stores “falling below” their peers.

Suri argues Presto Vision “should be able to help managers create better processes to do a better job overall.” He compares working in restaurants to playing sports. Without surveillance tools like the ones Presto offers, managers “have to coach based on the score—they don’t know what actually happened on a play-by-play basis.” In other words, restaurant managers today are still largely forced to take employees at their word, and give them at least a baseline level of autonomy. At least until technology makes even that obsolete.