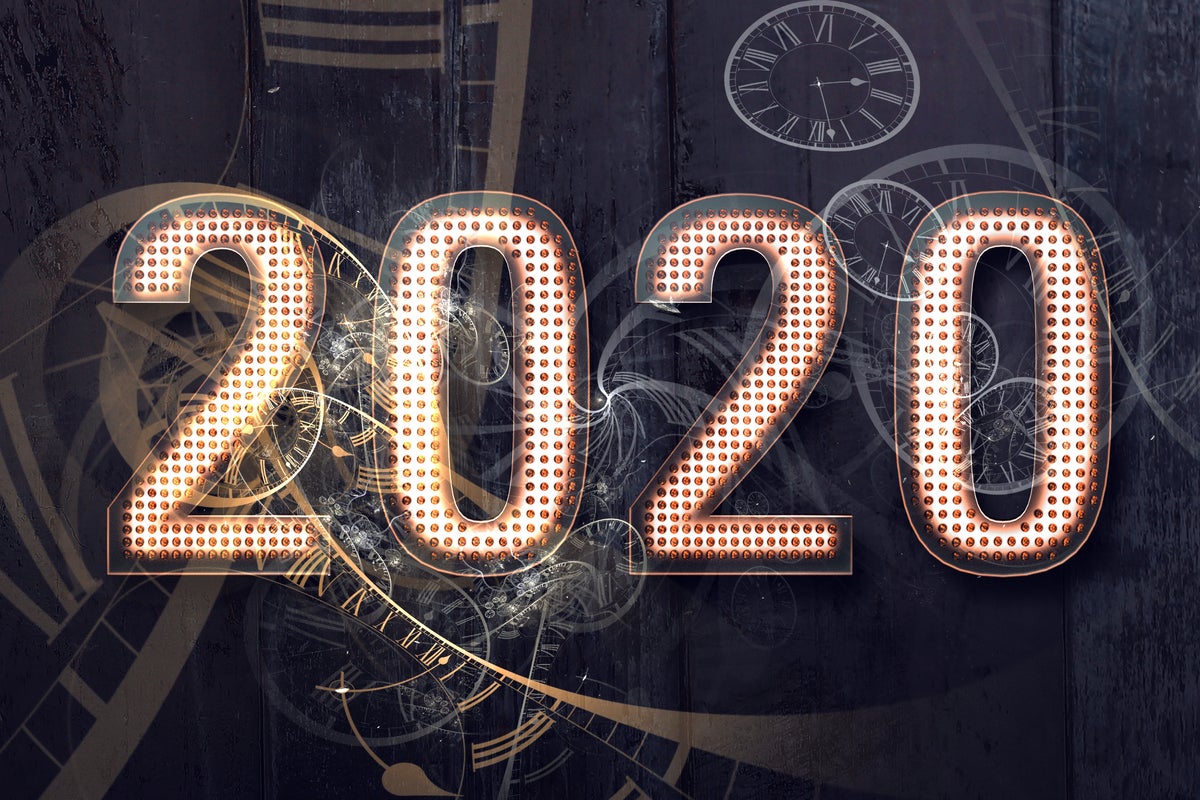 As blockchain’s hype cycle continues to befuddle many about its potential beyond  cryptocurrencies, businesses and governments are moving ahead with projects involving everything from digital identities to voting and supply chain tracking.

Blockchain has slipped into the “Trough of Disillusionment” (see Gartner Hype Cycle), because it got ahead of its technical and operational maturity. As a result, interest has waned as most experiments and implementations failed to provide expected results.

In most cases, the distributed ledger technology (DLT) has not lived up to expectations that it would drive new societal and business models. And with exception of a few shipping-related projects, most enterprise efforts remain stuck in experimentation mode.

A new era of AI, orchestration, and automation helps the enterprise manage growing IT complexity.

The technology, however, is far from a failure; its promise to deliver a single version of data truth over a secure, distributed and immutable ledger remains compelling and as it matures, many see it becoming a ubiquitous platform for financial services, ecommerce and other markets.

By 2023, blockchain is expected to climb out of the hype cycle. And over the next five years industry experts and analysts agree it will expand into a number of pragmatic use cases in payment processing, data sharing, equity trading and contract/document keeping and tracking.

One of the more unique future uses for blockhain may be thwarting fake news, according to a recent report from Gartner.

By 2023, up to 30% of world news and video content will be authenticated as real by blockchain ledgers, countering “Deep Fake technology,” according to Avivah Litan, a Gartner vice president of research and co-author of the “Predicts 2020: Blockchain Technology” report.

Fueled by social media news feeds such as Facebook and Google News, fake news is increasingly used by hostile governments to manipulate elections.

Articles and other content based on false information often attracts more viewers than factual news – a benefit to advertisers and ratings, but a problem for public discourse. For example, the top 20 fake news stories about the 2016 U.S. presidential election received more engagement on Facebook than the top 20 election stories from 19 major media outlets, according to one study.

“AI models that support text writing and video production can be used to rapidly disseminate customized and highly believable fake content that serves as the new breed of cyber weapons,” Litan said in the study. “Tracking assets and proving provenance are two key successful use cases for permissioned blockchain and can be readily applied to tracking the provenance of news content.”

If successful, the efforts by DARPA, Facebook and others will “blacklist” fake content to block it from reaching target victims and create an algorithm that authenticates and tracks content movement to “whitelists,” ensuring its provenance.

“Blockchain technology is proven to excel at supporting this use case as it enables a ‘shared single version of truth’ across multiple entities based on immutable data and audit trails,” Litan wrote.

The New York Times is one of the first major news publications to test blockchain to authenticate news photographs and video content, according to Gartner. The newspaper’s Research and Development team and IBM have partnered on the News Provenance Project, which uses Hyperledger Fabric’s permissioned blockchain to store “contextual metadata.” That metadata includes when and where a photo or video was shot, who took it and how and when it was edited and published.

Blockchain, the newspaper explained, will act as a “database that is not housed on one set of servers owned and operated by one entity, but by many entities and servers that are kept updated simultaneously” making the records of each change traceable.

“Files are not so much changed as built upon,” former Times editor and independent consultant Sasha Koren said in a blog.

For the same reason cross-border financial transactions are simpler and cheaper than traditional methods run by central banks, digital securities traded across blockchain ledgers are also likely to become popular in the near future.

“So far, the primary use case is money, led by Bitcoin,” said Bruce Fenton, founder and managing director of Atlantic Financial and a board member of the Bitcoin Foundation.

Today, securities settlement is performed by central, private organizations such as Depository Trust and Clearance Corp. (DTCC) in the U.S. and Euroclear in the European Union. The process of moving stocks and bonds between buyers and sellers can take as long as three days, but delays aren’t uncommon and the actual transfer among financial services firms can take 10 days or more, according to Fenton.

“The challenge with securities now is you need a trusted third party to say what’s true,” Fenton said. “It’s not your broker. It’s not Merrill Lynch or Fidelity and it’s not the issuer either; Apple has no clue who their shareholders are either. The function is performed by these large centralized groups because the brokers don’t necessarily trust each other; they’re dealing with their competitors.”

The problem with central settlement organizations is that transactions become bottlenecked through the use of a single ledger. With blockchain, trust becomes moot as digital tokens representing securities or money are inextricably linked to the funds or securities – and transfers can take place in a day or even hours, Fenton said.

Blockchain could also change how corporate public offerings are done. Many private companies forgo a public offering because of the complexity of the process. With blockchain ledgers, securities linked to digital tokens could move more easily between financial institutions by simply bypassing a central clearance organization.

“Just as you can move [Bitcoin] between one crypto account to another, you could move millions of dollars between crypto exchanges in less than a day,” Fenton said. “If that happens, then it’s exciting because you end up in a world where [there are] a lot more companies that are traded and changing hands. You could have a lot of things that are private now be public and be able to trade shares between investors and between borders.”

One potential problem with blockchain-based securities exchanges is performance; the distributed ledger has proven to be slow, and potentially costly. But new consensus algorithms and off-chain processing promise to speed up throughput by orders of magnitude.

Conversely, U.S. and European regulators have made no bones about their cautious, if not adversarial, approach to blockchain and the digital tokens moved across distributed ledgers. Additionally, the U.S. and Europe have well “developed and mature” world economies, so any large-scale move to embrace blockchain could be disruptive.

Because the initiatives in China are top down, they affect not only spending by the single largest entity (the government), but also native business interests who want to remain in good graces, Fenton said.

“Private businesses might choose to implement this technology or in some cases will need to, in order to remain competitive,” Fenton said. “When you have the leader of the country saying they’re going to invest in something, I think you’ll see a lot more of the public and private sector leaders in China and, ultimately, around the world reacting to that.

“Unfortunately, the U.S. is getting left behind in many areas because of its slow regulatory regime.”

As regulators continue to struggle to provide clear guidance to crypto- and blockchain-based industries, collaboration will continue to occur among companies seeking to self-regulate, according to Katherine Johnson, vice president of compliance and general counsel for Storj Labs. Storj Labs is a cloud storage provider whose technology is based on blockchain.

For example, the Crypto Ratings Council hopes to to rank digital assets on the likelihood of being deemed a security versus a utility token, or a service that can represent API keys that unlock a service (essentially, selling a service using the tokens).

“U.S.-based companies will continue to mitigate the risk posed by the uncertain domestic regulatory landscape by branching out into crypto- and blockchain-friendly jurisdictions,” Johnson said in a statement.

Jonathan Johnson, president of CEO of Overstock.com and its investment arm Medici Ventures, agreed, saying via email that “innovation-friendly jurisdictions (i.e., not the U.S.) will begin to see efficiencies, trust, and transparency in government services as blockchain-based products begin to leave the lab and gain wider adoption.”

Elefant calls blockchain a “phenomenal technology” that will change industries, but its adoption will be slow because it can’t happen in a vacuum; it will require a shared ecosystem among enterprises; one company can’t simply adopt it and expect returns on its investment without others climbing onboard.

Blockchain will more quickly take root in financial services for security and management of identities – first for businesses and later for consumers. “Identity today is really difficult to manage across the entire ecosystem,” Elefant said.

“Where I think blockchain should be used is in areas where there’s a middleman for know your customer [KYC] applications, anti-money laundering [AML] apps or counterpart reconciliation and other areas where traditional rules-based systems are very manual,” Elefant continued. “There’s huge ROI in those areas.”

Enabling full digital ID coverage could unlock economic value worth anywhere from  3% to 13% of GDP in 2030 in seven key countries – if the digital ID program enables multiple high-value use cases and sees widespread adoption, according to a report by consultancy McKinsey & Company. The seven countries are: Brazil, China, Ethiopia, India, Nigeria, the United Kingdom and the U.S.

The online credentials would be akin to identify information a person might have in his or her wallet: a driver’s license, a bank debit card or a company ID. Instead of a physical card, however, the IDs in digital wallets would be encrypted on a blockchain ledger and link back to the institutions that created them, such as a bank, a government agency or even an employer. Through blockchain and a smart contract, the digital information could automatically verify information to a requestor.

“Think of the [blockchain] distributed ledger as a database and only the individuals or companies authorized have access to that data – unlike the internet today where you and I can be marketed to by anybody,” Elefant said. “That’s the beauty of blockchain. It’s pre-certified and the only entity that has control over their ID is that identity itself.”

Additonally, fintech firms, software makers, telecom providers and other businesses have joined forces to develop blockchain-based networks that will enable anyone to exchange digital credentials online without the risk of unintentionally exposing private data. One consortium is the Sovrin Foundation, a nonprofit organization now developing the Sovrin Network, which could enable anyone to globally exchange pre-verified data with any entity also on the network.

When a business wants to transact with a bank or some other business on the network, they’ll be pre-certified to do so, whether for wire transfers between businesses or cross-border exchanges.