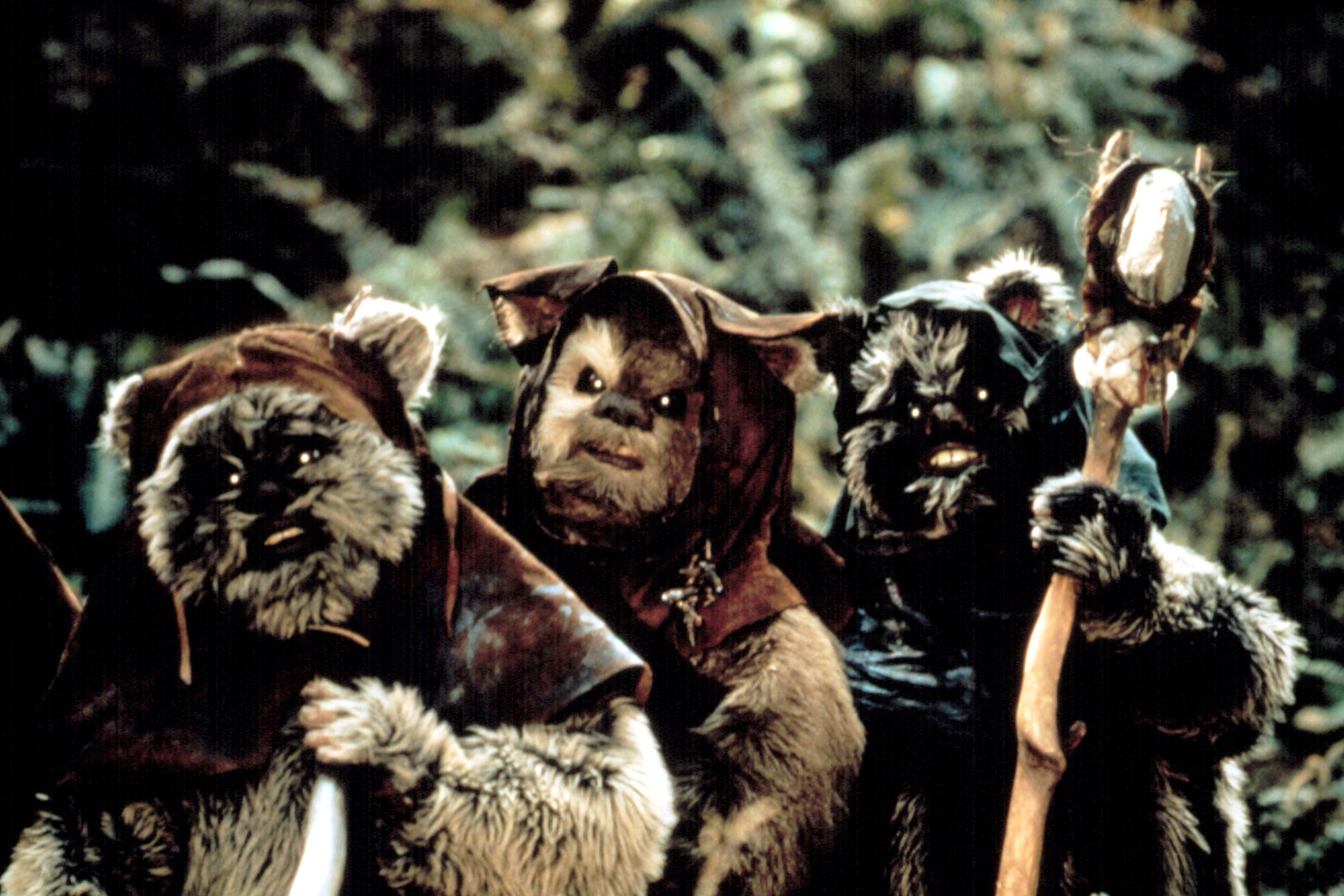 Hate them or love them, the Ewoks have more strategic chops than any military in the Star Wars galaxy.

Ewoks. Just saying the name evokes myriad emotions in Star Wars fans. For some, the bear-like creatures that first appeared in 1983’s Star Wars: Return of the Jedi are part of the franchise’s rich tapestry. Others consider the Ewoks a blight and would prefer they not exist at all. (Some fan edits of Return of the Jedi excise the Ewoks entirely, for crying out loud.) They’re the most controversial inhabitants of the Star Wars universe this side of Jar Jar Binks. But you know what? They’re also the most tactically proficient fighting force.

In a series replete with combat and combat units—these are basically war movies, after all—most characters seem to be really, really bad at, well, at war. Consider the Empire. They’re the technically dominant force, with legions of specialized troopers: storm, scout, snow, death, and so on. On land, they have light and heavy armor in the form at AT-STs and AT-ATs, giving them heavy platforms to reduce even the most intractable of foes. In space, they can deploy echelons of attack fighters, classes of star destroyers that range from light to “is that an Executor-class in your pocket or are you just happy to see me?”

The Empire can project immense power on both the land and in space to defend its imperial interests. But they’re also horrible at it.

One of the basics of warfare is fire and maneuver: synchronizing all weapons systems and personnel on a close timetable of destruction to pinpoint the enemy’s weakness, pin them with fire, and maneuver to strike at an exposed flank or rear. This involves the application of indirect and direct fires, as well as forces to fix the enemy in one spot and others to envelop or exploit a breakthrough.

Our friends in the Imperial Army and Navy never met a problem they couldn’t solve with a bold frontal assault. There is no subtlety in Imperial tactics; just keep throwing Stormtroopers and Tie fighters at the problem until it is no longer a problem. They don’t bother to use indirect fire or even coordinate close air support at a tactical level. Their synchronization of the battlespace boils down to “is everyone on line and shooting in the generally same direction?” It’s laughable.

You might rightly ask: If the Empire is so bad at war, why is it the top bantha in the galaxy? That’s easy. The Rebel Alliance is even worse. They have virtually zero ground game, minus some special ops units here and there. Their smattering of freedom fighters with small arms don’t stand a chance against Imperial armor. Hoth alone showed that Rebel forces had no clue how to conduct ground combat, as they failed to place a single obstacle along the enemy’s lone avenue of approach. They didn’t develop an integrated fires plan or coordinate their close air support with the infantry defense. In short, there’s no need to develop tactics if your enemy relies on hope as their main strategy.

No wonder, then, that the Imperial garrison on the forest moon of Endor is horribly unprepared to face the Ewoks. As others have pointed out, the Ewoks seem to portray your garden variety insurgent or guerrilla force; George Lucas himself has said that he drew inspiration from the Vietnam War. But the Ewoks are also the only fighters in all of Star Wars to portray multi-domain operations. They force their enemies to respond to a variety of threats simultaneously, throwing them off balance and allowing the Ewoks to seize the initiative. Let’s break this down.

The Ewoks face a heavily armed force of storm and scout troopers, with several light armor platforms. The Imperial force has just captured the supposedly elite Rebel Alliance special operations detachment tasked with knocking out the shield generator that protected the second iteration of the Death Star—conveniently located on the small, heavily wooded moon of the planet Endor.

A deception operation first lures Stormtroopers into the forest in pursuit of droid helpers C3PO and R2D2. The Ewoks swiftly knock those troopers on the head, and the general assault begins. Ewok forces initiate the ambush with trumpet blasts that resound across the forest, which they then repeat to create full synchronization. The horns’ high pitch can also be seen as a psychological ploy, playing on the ears of the anxious troopers of the garrison. At this signal, the Ewoks unmask multiple direct fire positions surrounding the Imperial forces. This presents the Imperial troops with multiple threats, drawing them out into the forest where they can be engaged from positions of relative dominance, rather than massing all of their forces at one point.

Once the Ewoks have dispersed the enemy, they begin to destroy the segmented Imperial forces in detail. Close air support gliders strike troopers and armor from above, while ground obstacles consisting of rolling logs and tripwires slow and restrict the mobility of Imperial armor. Indirect fire engages mounted and dismounted targets, further canalizing the enemy. Offensive obstacles like log-traps smash armored vehicles that penetrate too deeply into the engagement area. Some Ewoks use their familiarity with the terrain—and their Rebel Alliance embedded liaison officer, a.k.a. Chewbacca the Wookiee—to commandeer an enemy AT-ST walker and turn it against the enemy. Imperial patrols that attempt to escape the engagement area strike counter-mobility obstacles. All the while, the Ewok ground forces engage in a fluid and continuous series of defensive and offensive actions, luring enemy troopers toward prepared positions or strongpoints.

In this single engagement, the Ewoks manage to overwhelm and completely defeat a technologically superior force simply by using conventional military tactics and the principles of multi-domain operations. Through the synchronization of direct and indirect fire, close air support, combat engineer principles, deception, psychological operations, and massing their forces at the key point in time and space, the Ewoks demonstrate their proficiency in land warfare. Other Star Wars universe forces—the Gungans and the Galactic Army of the Republic in particular—show their own flashes of tactical brilliance, but none of them come close to matching the Ewoks in their ability to coordinate the effects of combat power.

Angry Staff Officer is an officer in the Army National Guard and a member of the Military Writers Guild. He commissioned as an engineer officer after spending time as an enlisted infantryman. Angry Staff Officer blogs at www.angrystaffofficer.com and tweets at @pptsapper.