Law enforcement believes that these hackers duping major tech companies are teenagers. But they are causing severe harm.

The post Hackers fool major tech companies into handing over data of women and minors to abuse appeared first on Malwarebytes Labs.

“BriansClub,” a popular underground store for buying stolen credit card data that uses Yours Truly’s likeness in its advertising, has itself been hacked. The data stolen from BriansClub encompasses more than 26 million credit and debit card records taken from hacked online and brick-and-mortar retailers over the past four years, including almost eight million records uploaded to the shop in 2019 alone.

Phone numbers stink for security and authentication. They stink because most of us have so much invested in these digits that they’ve become de facto identities. At the same time, when you lose control over a phone number — maybe it’s hijacked by fraudsters, you got separated or divorced, or you were way late on your phone bill payments — whoever inherits that number can then be you in a lot of places online.

An entrepreneur and virtual currency investor is suing AT&T for $224 million, claiming the wireless provider was negligent when it failed to prevent thieves from hijacking his mobile account and stealing millions of dollars in cryptocurrencies. Increasingly frequent, high-profile attacks like these are prompting some experts to say the surest way to safeguard one’s online accounts may be to disconnect them from the mobile providers entirely.

In December 2017, the U.S. Department of Justice announced indictments and guilty pleas by three men in the United States responsible for creating and using Mirai, a malware strain that enslaves poorly-secured “Internet of Things” or IoT devices like security cameras and digital video recorders for use in large-scale cyberattacks. The FBI and the DOJ had help in their investigation from many security experts, but this post focuses on one expert whose research into the Dark Web and its various malefactors was especially useful in that case. Allison Nixon is director of security research at Flashpoint, a cyber intelligence firm based in New York City. Nixon spoke with KrebsOnSecurity at length about her perspectives on IoT security and the vital role of law enforcement in this fight.

A half dozen technology and security companies — some of them competitors — issued the exact same press release today. This unusual level of cross-industry collaboration caps a successful effort to dismantle ‘WireX,’ an extraordinary new crime machine comprising tens of thousands of hacked Android mobile devices that was used this month to launch a series of massive cyber attacks. Experts involved in the takedown warn that WireX marks the emergence of a new class of attack tools that are more challenging to defend against and thus require broader industry cooperation to defeat. 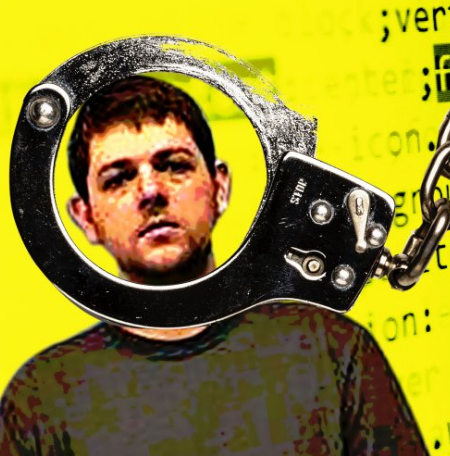 On September 22, 2016, this site was forced offline for nearly four days after it was hit with “Mirai,” a malware strain that enslaves poorly secured Internet of Things (IoT) devices like wireless routers and security cameras into a botnet for use in large cyberattacks. Roughly a week after that assault, the individual(s) who launched that attack — using the name “Anna Senpai” — released the source code for Mirai, spawning dozens of copycat attack armies online. After months of digging, KrebsOnSecurity is now confident to have uncovered Anna Senpai’s real-life identity, and the identity of at least one co-conspirator who helped to write and modify the malware.