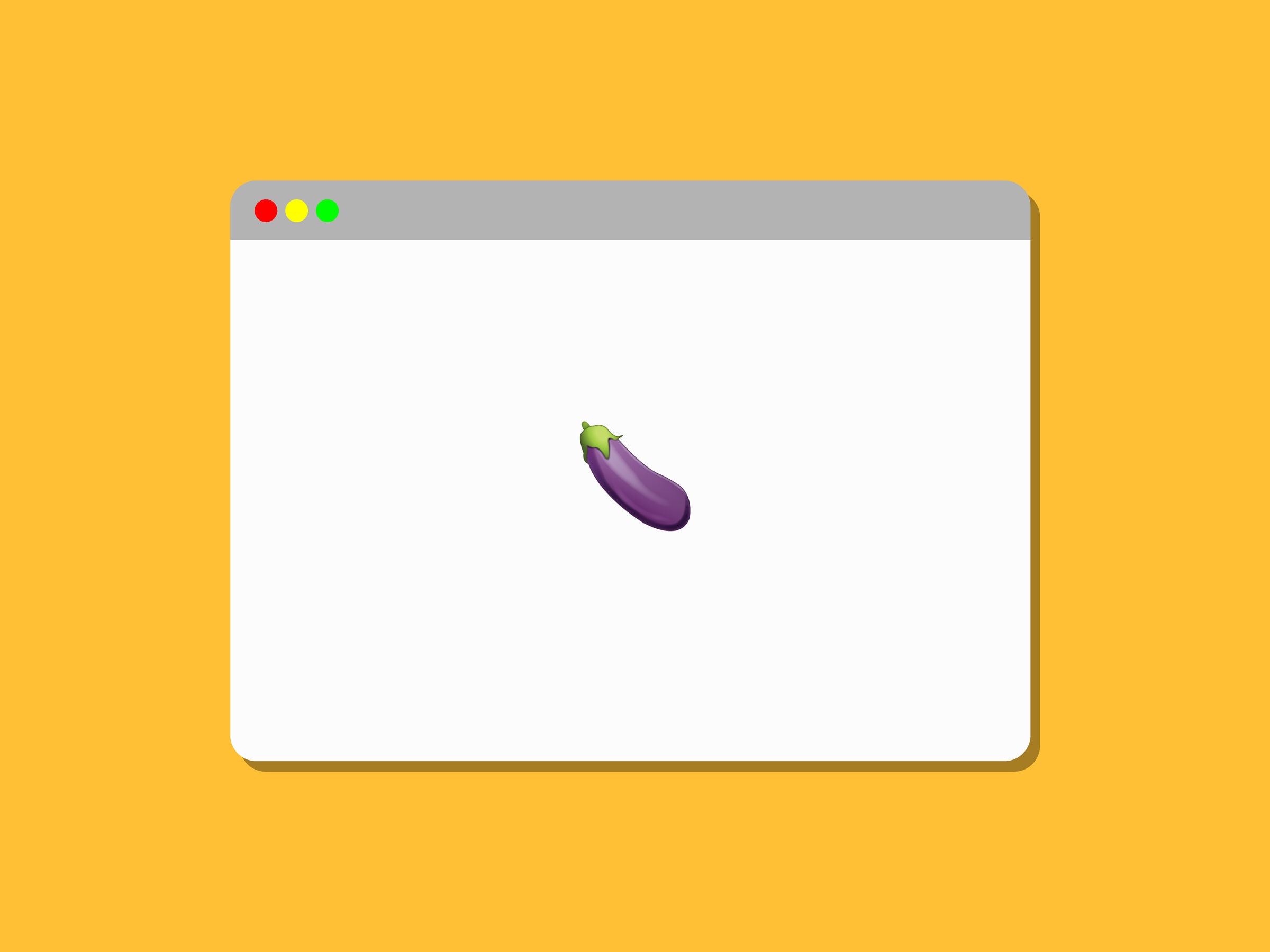 Facebook announced in a blog post Tuesday that it was banning cryptocurrency advertising from the platform entirely. The company said that many ads for cryptocurrency investment opportunities, like initial coin offerings, were “not currently operating in good faith.” Facebook has a point. Take Prodeum for example, a Lithuanian cryptocurrency startup that appeared online Thursday. By Monday, it was gone.

Prodeum's 12-page white paper outlined plans to build a database of fruits and vegetables on the Ethereum blockchain. That idea might sound strange, but it’s not the first of its kind. Prodeum asked investors to help raise as much as 5,400 ether—roughly $6.5 million—in an ICO. But after collecting what looks like less than the price of two Chipotle burritos, Prodeum disappeared. The company’s sparkly, professional-looking website was replaced with a single, trolling word: penis.

A press release on both an NBC affiliate and a New Jersey local news site vanished, along with Prodeum’s website, Twitter account, and Telegram channel. Emails to the startup’s customer support address bounce back. It seems like Prodeum—which sounds suspiciously like the urinary-tract infection medication Prodium—was yet another cryptocurrency scam.

'It’s easier to dupe someone into investing in your ICO in 2018 than your fake real estate business.'

It joins a long line. In April of last year, there was Mumbai-based OneCoin, a once-lauded blockchain startup that was discovered to be a Ponzi scheme—but not before its founders allegedly funneled at least $350 million through Germany. Then there was Confido, which disappeared after raising over $370,000. Don’t forget BitConnect, an anonymous cryptocurrency exchange that was accused of being a Ponzi scheme numerous times before it finally shut down.

Not every ICO is a scam, and many cryptocurrency startups are legitimate. But the shady, largely unregulated cryptocurrency investment landscape is littered with dozens of fraudulent ventures. (They're also susceptible to hackers; more than 10 percent of the $3.7 billion raised through ICOs has been lost or stolen, according to a recent analysis from the accounting firm Ernst & Young.)

The cryptocurrency market is ripe for scammers because it’s relatively new, backed by tons of hype, and involves complicated technology. It’s easier to dupe someone into investing in your ICO in 2018 than your fake real estate business—and plenty of people have. A cryptocurrency startup only needs a swanky website and an official-looking white paper. There are also plenty of services to help streamline the process: You can automate your token sale, or have someone write fake news articles hyping up your venture.

Confusion around blockchain technology also makes much of the public a potentially easy mark. Blockchains are encrypted, distributed ledgers that operate without a central authority like a bank. The ledger itself is securely stored on many computers, so it can’t be altered or hacked. The Ethereum blockchain—on which Prodeum relied—allows for more complicated applications to be built on top of it. Eth-Tweet, for example, is a decentralized microblogging service built on the Ethereum blockchain.

Here’s where the ICO comes in. An initial coin offering allows you to buy some of the tokens that power a specific application. If there were a WIRED Blockchain Application for instance, users might pay one WIRED Reader Token in order to view an article. The WIRED Blockchain Application ICO would allow investors to get in on the tokens at a lower price. The idea is that later on, as demand for the application rises (and people read more articles) the price of the tokens would go up, allowing early investors to make a profit.

To complicate matters further, blockchain startup founders frequently tell investors that they’re not putting their money in something akin to a traditional security, but actually into the technology itself. (It’s often unclear what that means in practice.) And some startups, like block.one—which raised over $700 million—claim the opposite, arguing that their tokens can’t actually be used for anything at all.

The exact terms of an ICO are usually laid out in an accompanying white paper, which is often the only documentation that investors have to decipher whether a new startup is a solid opportunity. Plenty of ICOs raise millions of dollars in cryptocurrency without even having a working prototype of their software. Even when a demonstration is available, only savvy investors can really evaluate whether an application will be feasible. Many startups don't even write their white papers themselves: The task is outsourced to services that write the papers for them.

Prodeum’s white paper, now offline, described a system involving two different types of tokens. On the surface, it looks more legitimate than many genuine ICOs, even listing four blockchain experts supposedly involved in the project. But one of the individuals listed, Petar Jandric, said on LinkedIn that he was a “victim of identity theft,” and wasn’t actually involved in Prodeum. Vytautas Kašėta‏, another expert listed, tells WIRED his name was also stolen for the project.

Even genuine ICOs are subject to other kinds of scams, like those involving market manipulation. There are numerous “pump and dump” schemes for example, where groups of investors on platforms like Telegram and Discord artificially inflate a cryptocurrency’s value. If you can’t manage to manipulate the market, there’s also always hacking. The Decentralized Autonomous Organization, for example, famously raised $150 million in an ICO and then was hacked, resulting in the loss of over $50 million. Plenty of other startups have faced similar fates.

Despite walking and talking like traditional stocks, ICOs have so far largely avoided serious scrutiny from the Securities and Exchange Commission, the federal agency that regulates investment markets. Many blockchain startups are international and anonymous—which can place them out of the SEC's purview. That lack of oversight is another reason so many scams proliferate.

The SEC appears to have started clamping down on cryptocurrencies, however. In December, the agency’s new cyber unit announced it had filed its first ever complaint, against the Canadian couple behind the cryptocurrency startup PlexCorps. The agency alleges that the couple swindled customers out of $15 million by unrealistically telling them they could make up to 1,354 percent returns on their investment.

'Fraudulent ICOs can be used to repackage old frauds in a new wrapper.'

On Tuesday, the SEC announced it had halted one of the largest ICOs ever, for the Dallas-based startup AriseBank. The celebrity-endorsed company, which claimed to be a “decentralized bank,” falsely advertised that it could offer customers FDIC-insured banking accounts. The same day, Bloomberg reported that the US Commodity Futures sent a subpoena to Bitfinex and Tether, one of the world’s largest cryptocurrency exchanges. Facebook's ad ban, then, is just one of a series of efforts to clean up an unruly, scam-riddled system.

Ultimately, blockchain scams aren’t much different from other types of investment fraud. Whether you dress it up as an ICO or a hedge fund, the grift generally works the same: Convince unassuming individuals that you can make them rich, then steal their money. While the SEC has yet to aggressively go after much of the cryptocurrency market, it does regularly file complaints against hundreds of other scams designed to rip people off. Humans have been trying to swindle each other out of money for thousands of years. The cryptocurrency is just the latest opportunity to do so.

“Fraudulent scams like Ponzi schemes and sponsors who pocket investor’s money have been around for a long time. Fraudulent ICOs can be used to repackage old frauds in a new wrapper,” says Todd Kornfeld, a securities attorney at the firm Pepper Hamilton.

That’s not to say that the cryptocurrencies aren’t a particularly volatile and shady thing to invest in now. A recent hoax claimed that some guy scammed his way into over $1 million by convincing people Chuck E. Cheese tokens were bitcoins. The story wasn’t true, but you can see now why it was so easily believed—the cryptocurrency marketplace is full of plenty of crazier scams.

The collapse of Tether would be bad news for all cryptocurrencies

Read all about the Lightning network, which could make bitcoin not just faster, but cheaper

The blockchain. Everyone's talking about it. But what is it, how does it work, and what's it for?