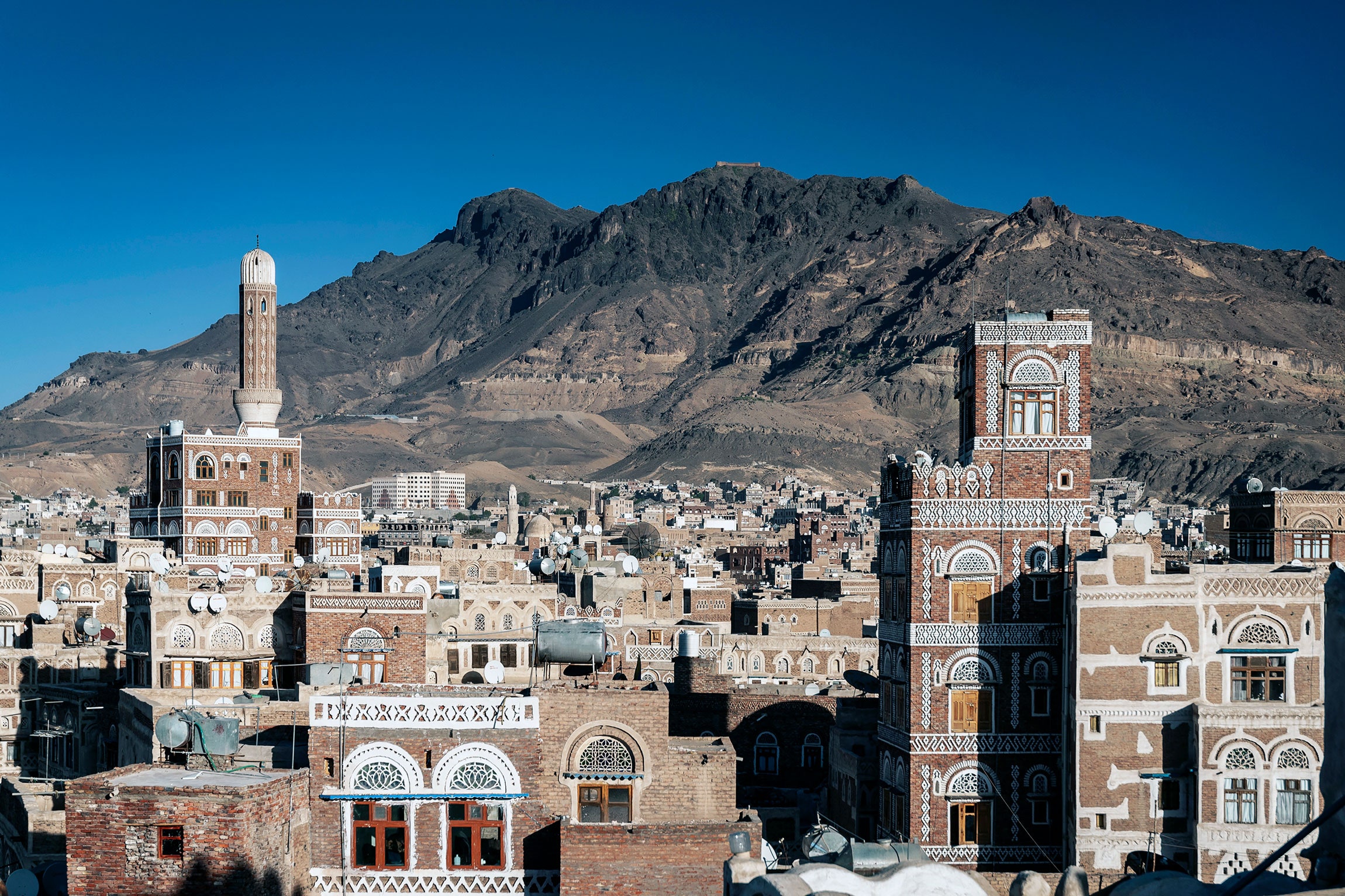 The fragility of global internet infrastructure has left the entire Red Sea region struggling to connect.

Last week, the internet went dark for Yemen and its 28 million citizens. It's still not fully back today. In fact, the entire Red Sea region has dealt with slow to nonexistent connectivity since the severing of a single submarine cable on Thursday.

It's popular to think of the internet as a cloud, but it's really under the sea. A lattice of massive cables crisscrosses the world, seeding connectivity to every continent and into each country. The cables naturally suffer breaks and cuts given those harsh conditions, but usually multiple cables serve each area to create redundancies and contingencies for when one line goes down. As Yemen's ongoing connectivity issues underscore, though, the fallback options for some regions are more tenuous.

Kuwait, Saudi Arabia, Sudan, and Ethiopia all felt major effects from last week's cut of the so-called Falcon cable, which even impacted countries as far away as Comoros and Tanzania. Most of them weren't totally knocked offline, though, because they were able to fall back on other lines of connectivity. In Yemen, though, that one cable cut led to an 80 percent drop in capacity. Though the country still had that last 20 percent, trying to route a water main of web traffic through a drinking straw resulted in near-total connectivity failure.

"This region has been plagued by cable cuts in the past," says Doug Madory, director of internet analysis for Oracle Internet Intelligence. "There have been a number of new submarine cable projects to try to add some redundancy and resilience, and I think that’s improved things a lot over the years. Having said that, places like Yemen just don’t have a lot of redundancy, because they have underdeveloped infrastructure. So you have a situation where, despite the fact that there are more cables in the region, the country can still get taken out by the loss of a single cable."

While internet blackouts have been used in regions like Iran and Kashmir as a political cudgel, there's no indication that the cut in Yemen's case was nefarious; it's more likely that an anchor unintentionally severed it.

Fixing it, though, won't be so simple. Yemen has three submarine cable landings—a Falcon connection in the east, another Falcon connection in the west, and a third landing in the port city of Aden, which connects to two other cables altogether. Due to an ongoing civil war, Aden is the temporary capital of Yemen, controlled by the Hadi government; Houthi-controlled territory geographically divides the country.

By Saturday, one of Yemen's two main internet service providers—YemenNet—was able to restore some connectivity by working with Oman's major ISP, Omantel, to receive service from a different undersea cable. The Falcon cable has not yet been fixed, though, and countries like Saudi Arabia and Kuwait, along with Yemen, are still dealing with lingering impacts of the cut. If providers don’t have a backup means of communication, or have to reestablish service with a manual rerouting process, restoring connectivity can take days.

Even under ideal circumstances, it can take weeks to repair a cut cable. Contractors must dispatch a specially equipped ship to the impacted region, run a special hook along the sea floor, pull up the cable in the right spot, and make the repair before throwing the cable back down into the depths.

"The whole process looks a lot like it did in the 1860s when we first started laying submarine cable," Oracle's Madory says. "The area around the Suez Canal and Red Sea is very shallow, which is both bad because it’s very likely that anchors will cut a cable, but then also good, because it’s easier to fix when the break is in shallow water."

The current situation in the Red Sea region joins a slew of other outages and failures that have resulted from damaged submarine cables. In 2008, simultaneous cuts to two cables connecting the Middle East, Europe, and parts of Asia led to outages in 14 countries. Zimbabwe lost internet access for about five hours in 2017 when a farmer in South Africa damaged a cable with a tractor. And two cut cables in the United States caused widespread service interruptions from sea to shining sea in 2018.

"This kind of thing happens with some regularity, and the perversity of it is that the more cables we add, the more cables there are to be snagged or broken," says Roland Dobbins, principal engineer at the network security firm Netscout. "More and better cable diversity is great; however, there are still constraints like ground terrain, undersea terrain, and even things like shipping routes. All these factors come into play."

The threat to internet access around the world from government-ordered blackouts is on the rise, but the connectivity threat from more mundane infrastructure failures also looms large. Particularly in a region that has been plagued by government-imposed internet outages, the last thing users need is even more blackouts from rogue anchors.