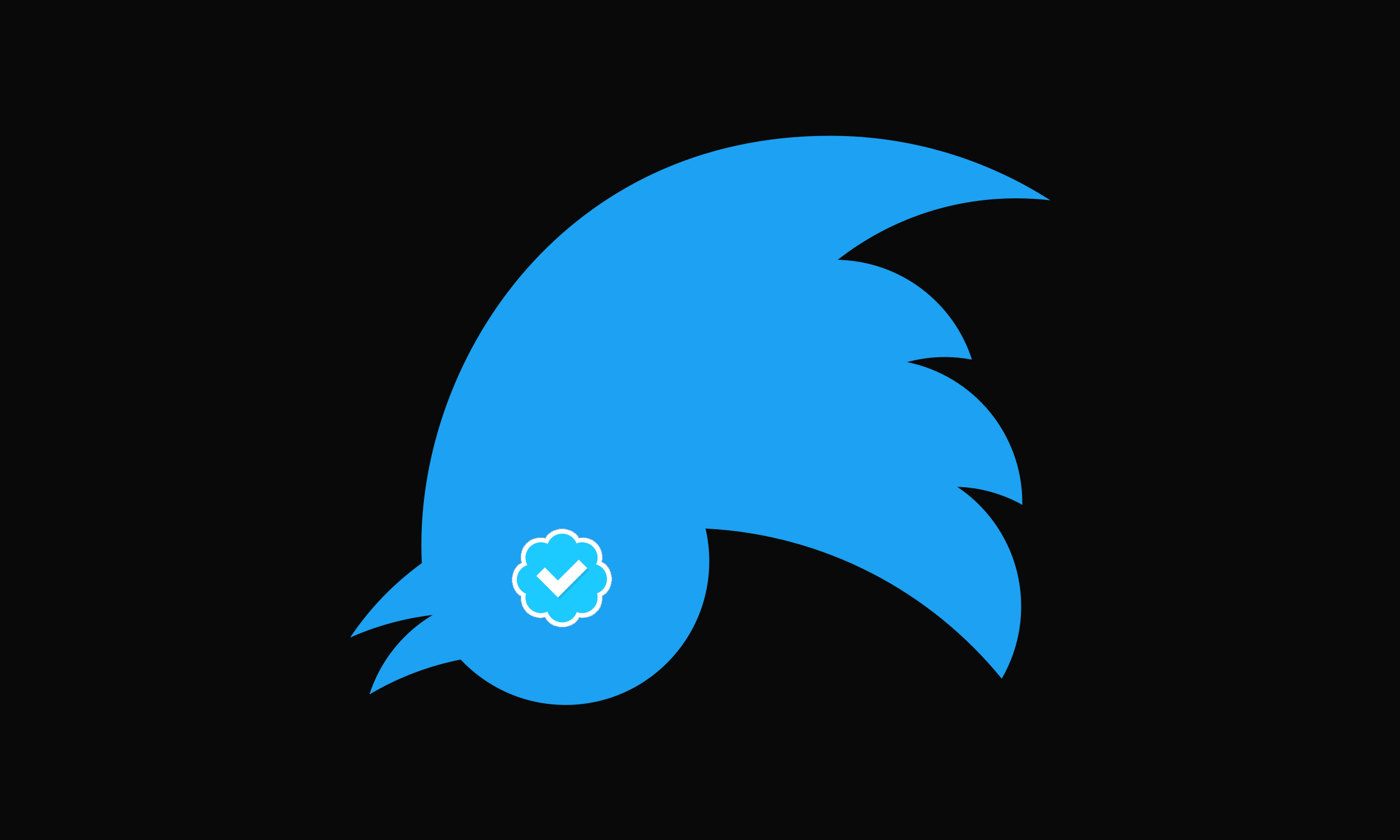 Twitter wants to fix its long-broken verification process, according to the company’s CEO, Jack Dorsey. The means by which users obtain “a blue checkmark” are nebulous and seemingly biased, and the system’s flaws were exposed after Jason Kessler, organizer of the violent Unite the Right rally in Charlottesville, Virginia, was verified this week.

Kessler’s new credential caused many to fault Twitter for tacitly endorsing the ideals he espouses—essentially, white supremacy. The verification process, according to Twitter, is supposed to authenticate a person’s identity. But, instead, it’s created a hierarchy of “Very Important Tweeters,” or “VITs,” as they are referred to internally by staff.

What does it mean when VITs include racists and bigots?

While Twitter’s verification steps are now automated, at one point, users could only snag a blue checkmark by knowing someone within the company. According to a former Twitter employee, who spoke to me on the condition of anonymity, the process was once very difficult. (A few years ago, there wasn’t even a form to apply for a verification.)

And while the process was never explicitly preferential, it engendered the belief that “it was a big deal for us to get a famous person verified, as if it validated that Twitter continued to be important,” they said.

Twitter’s own rules say that accounts of public interest may qualify for verification. Users must submit several ID types to receive a badge. That can include a government-issued ID, like a passport, and summary of why you deserve to be verified. Submissions are largely vetted by Twitter Support, which dumps applicants into various buckets: celebrity, journalist, athlete, business, politician, etc.

But some people claim the Twitter verification processed hasn’t worked that way for them. Rebecca Watson, a popular science podcaster and founder of Skepchick, who has been prominent enough for years to reasonably be considered an “account of public interest,” claims she submitted multiple forms of ID to verify herself after people created fake accounts impersonating her. Still, at the time, Twitter refused to verify her.

Kessler, meanwhile, describes himself as a “freelance journalist” for far-right publications: “I must be the only working class white advocate [to be verified],” he tweeted.

The Unite the Right rally in Charlottesville, VA, convened white supremacist and neo-Nazi demonstrators, and caused the death of 32-year-old Heather Heyer, when 20-year-old James Alex Fields Jr. intentionally drove his car into a crowd of counter-protesters.

The former employee told me that the issue of problematic users asking for verification was regularly raised on Falquora, an internal forum where employees can pose questions to management.

“Leadership claimed that verification was working as intended. Every time it became a big issue, [the verification of white supremacist Richard Spencer, for example,] it would come up on Falquora as a thing,” the former Twitter employee said.

The issue of controversial users being verified would “get upvoted, and either Jack [Dorsey], Vijaya [Gadde, Twitter’s general counsel], or other leaders would get up on stage and give us a speech about how verification is only about confirming that a person is who they say they are.”

A spokesperson for Twitter emphasized that verification has been a known problem, and directed me to Dorsey’s tweet on the matter.

Despite Dorsey’s claim, however, former Twitter staff insist that one fix was suggested repeatedly.

If tiers of verified users were assigned colored badges—still reserving the blue checkmark for influential people—this would allow regular users to authenticate themselves without the onus, or implications, of being a “VIT.”

“The colored verification badges have been brought up internally SO MANY TIMES. I don’t know why that hadn’t been implemented yet,” another former Twitter employee, who also spoke to me on the condition of anonymity because of a non disclosure agreement, told me. “Everything there is so process heavy that it takes forever, and too many approvals need to happen before anything ever gets done.”

“I know people that deserve to be verified that definitely had a very hard time getting it, and some never did,” they added.

Twitter leadership allegedly dismissed the colored badge solution, favoring a larger platform revamp. But when management was challenged on how that revamp would happen or help, exactly, staff were never given a satisfactory answer.

Regarding the existing verification process, some Twitter employees have taken steps toward transparency. Twitter’s GM of consumer product and engineering, Ed Ho, questioned whether the company should even dole out a credential as authoritative as the checkmark.

This week’s incident reiterates how unwilling Twitter is to discuss problems inherent to its platform—until it’s forced to. Less than a week ago, a customer service contractor briefly disabled President Trump’s Twitter account, compelling the company to acknowledge flaws with its admin privileges.

A spokesperson for Twitter declined to comment on how the company plans to improve the verification process.